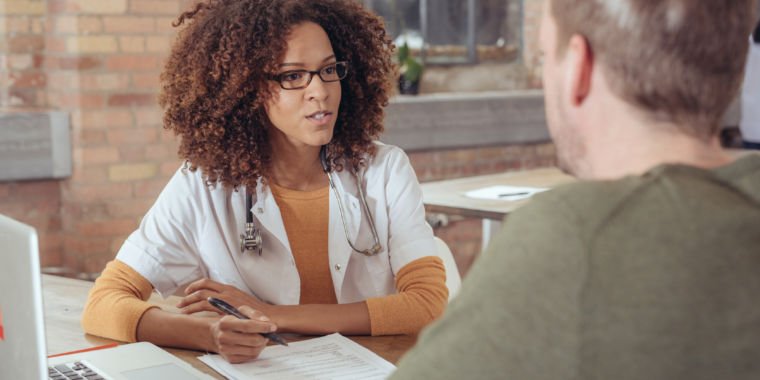 It’s a common question in every doctor’s office, “Do you have any drug allergies? Penicillin maybe?” Up to 15 percent of patients in the US will say they are allergic to penicillin. That’s tens of millions of people. But studies have shown that when those patients are challenged with tests, more than 95 percent turn out to be completely wrong.

It may not seem like a big deal, but it is. Penicillin and its close relatives are often first-line drugs. When skipped because of a phantom allergy, doctors wind up on harder drugs — antibiotics that can be less effective, have more side effects, and cause drug-resistant infections. Indeed, some studies have shown that people with penicillin allergies are more likely to be carrying resistant bugs.

Researchers and some doctors have known about this problem for years. But with the growing plague of drug-resistant infections and failing antibiotic therapies, more doctors are targeting and trying to correct it. In a study set to be published in the Journal of Allergy and Clinical Immunologyresearchers found that simple skin tests or guidelines can safely increase penicillin and related prescriptions up to sixfold for patients initially labeled as allergic.

“We found that addressing penicillin allergy in both ways could lead to an overall improvement in antibiotic choice for these patients,” said Kimberly Blumenthal, the study’s lead author and an immunologist and allergist at Massachusetts General Hospital, in a news release. “We don’t want to discourage any method of evaluation because even thinking about whether a patient’s penicillin allergy is true could lead a healthcare provider to make a different management decision.”

Blumenthal and colleagues assessed several methods of defeating allergy myths in internal medicine patients at Brigham and Women’s Hospital over a two-year period. The study was divided into three spaced segments. In the first, researchers collected baseline data for penicillin and related prescriptions over five months. In the second seven-month stretch, they looked at the same data when doctors were asked to have patients consider skin allergy testing before prescribing antibiotics. And in the last seven-month segment, they looked at prescription data when doctors had a computerized, clinical guideline for making prescription decisions.

Over the entire period, there were 625 patients with suspected infection and penicillin allergy. That came down to 148 patients in baseline, 278 in the second section using skin testing, and 199 in the last using a clinical guideline.

The researchers encountered some logistical hurdles in the second skin testing segment. They depended on allergists and moonlight nurses to perform the tests, and some patients were ineligible for the tests because of other medications or the possibility of severe reactions. Each patient and the patient’s primary care team also had to pre-sign the tests. In total, only 43 of the 278 patients ultimately received skin tests.

But of those 43, skin test results showed none were allergic to penicillin or similar antibiotics. The results led to a six-fold increased rate of prescription of penicillin and similar drugs in that group.

The clinical guideline group saw a doubling of prescriptions. That guideline prompted doctors to reconsider each patient’s allergy and classify him or her into risk categories for having an allergic reaction to a penicillin or similar antibiotic. The risk categories started with “very low risk”, meaning doctors could just give them the antibiotic –allergy narrow allergy. Low- and intermediate-risk groups led the doctor to test a low-dose antibiotic or consult an allergist. And for the highest-risk patients, the doctor simply avoided the drugs.

“The implemented interventions challenged the status quo by introducing a new process (ie, skin testing) and a new technology (ie, computerized guideline) to transform the care of inpatients labeled ‘penicillin-allergic’,” the authors conclude. While hospitals and doctors can be slow to change, they hope the study offers a few steps forward to improve antibiotic management and patient care.