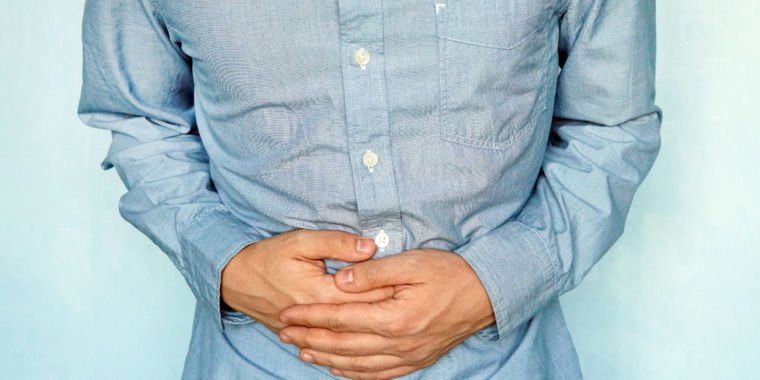 Doctors urge caution after a 24-year-old British man underwent emergency surgery when they discovered his severely enlarged colon, filled with feces, had ruptured.

At the time of surgery, the man had “impaired consciousness” and severe abdominal pain, as well as air under his diaphragm, failing kidneys and acidic blood.

In a short announcement this week in BMJ Case Reports, doctors took a closer look at the man’s rare conditions, known as “megacolon” and “megarectum.” These are poorly understood conditions characterized by enlarged bowels that are not caused by a physical blockage. Sometimes they can be explained by genetic abnormalities or other acquired conditions, such as diseases that affect gut motility or muscle and connective tissue function. But in this case, the man appeared to have a chronic, idiopathic case, meaning there was no apparent cause for the giant guts.

Usually, the diameter of a healthy adult’s rectum and sigmoid colon (the S-shaped area of ​​the colon closest to the rectum) is in the range of five to six centimeters or so. However, this man’s guts had risen to six inches at some points — and they were full of poop.

He had a long history of constipation and showed up in the emergency room two days before doctors discovered his colon had ruptured. He had come in and complained of abdominal pain and diarrhea. His stomach was bloated, tender and was emitting “silent bowel sounds,” the doctors noted. They sent him home with a plan to use laxatives and enemas. But that turned out to be too little, too late. Days later, his pain and symptoms had gotten worse.

The doctors note that the intense intestinal pressure from such an extensive backlog of logs can easily lead to an intestinal eruption. But because the conditions are rare and poorly understood, doctors often struggle to figure out how best to treat them.

In many cases, simple things like laxatives, enemas, and dietary changes can help. “However, if these methods do not work, it is important to consider early surgical therapy,” the doctors concluded. And that probably would have helped in this case, they say, writing:

An earlier assessment during a previous admission that this was a rare presentation of chronic idiopathic megacolon and megarectum might have prevented the perforation and elective surgery could have been planned.

The doctors performed an operation that removed part of the man’s damaged colon and closed the hole. The publication did not include the follow-up related to the recovery of the unidentified man.