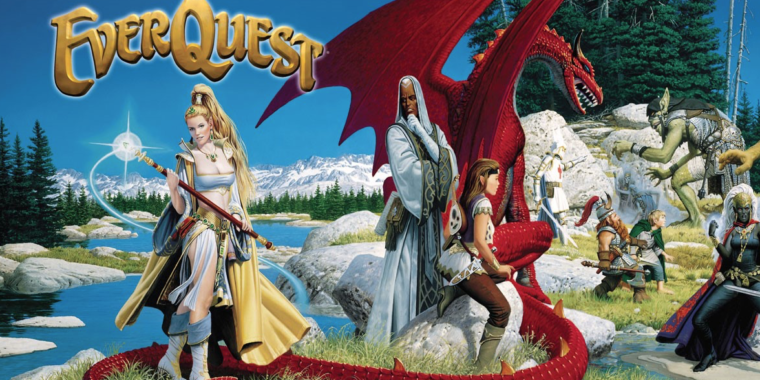 Brad McQuaid, the lead developer of the groundbreaking massively multiplayer online (MMO) game EverQuest, has passed away, according to an update from his development team. He was 51.

Details of the circumstances of his death have not been shared publicly, other than a statement that he died at his home. The Twitter account for PantheonMcQuaid’s project at the time of his death, and Visionary Realms, the company behind it, tweeted from the following announcement:

It is with deep regret that we share that Brad McQuaid passed away last night. He will be deeply missed and remembered forever by gamers around the world.

Thank you for bringing us together through your worlds. Rest in peace †Aradune†

McQuaid worked as a game programmer and designer since the late 1980s, but he is most famous for his role as lead programmer, producer and designer (at various times) on EverQuestthe 1999 massively multiplayer online role-playing game (MMORPG) that defined the genre to this day. EQAdapting the DikuMUD formula of text games for a 3D persistent graphical virtual world, was a breakthrough moment for MMORPGs. Its success codified that model for the genre as other, differing ideas of what MMORPGs might look like (such as those posited by Meridian 59† underlightor Ultima Online) largely disappeared from memory.

McQuaid was involved in designing some of the very first raids as we know them today, and his work had a major influence on later games such as World of Warcraft† Final Fantasy XIV† The Elder Scrolls Online† Destinyand much more.

He later co-founded Sigil Games, which is the hardcore MMO. developed and launched Vanguard: Saga of Heroes† The game found a niche audience seeking demanding, group-focused content — a focus of McQuaid’s work over the years — amid a market of increasingly casual and solo-friendly MMOs. Most recently, McQuaid at Visionary Realms worked on the above: Pantheonwhich marries that model with some newer game design ideas. Pantheon is still under development.

Visionary Realms chief of communications BenD shared these notes on the Pantheon forums:

Brad was a visionary, a mentor, an artist, a pioneer, a friend, a husband, a father. He touched thousands of lives with his dreams and concepts. He changed the video game landscape forever. He will be deeply missed and remembered forever in life and in the Pantheon.

Thank you, Brad, for bringing us together through your worlds. Rest in peace, Aradune.

We at Visionary Realms offer our deepest condolences to Brad’s family and at this most difficult time, we kindly ask that you respect the privacy of Brad’s family.