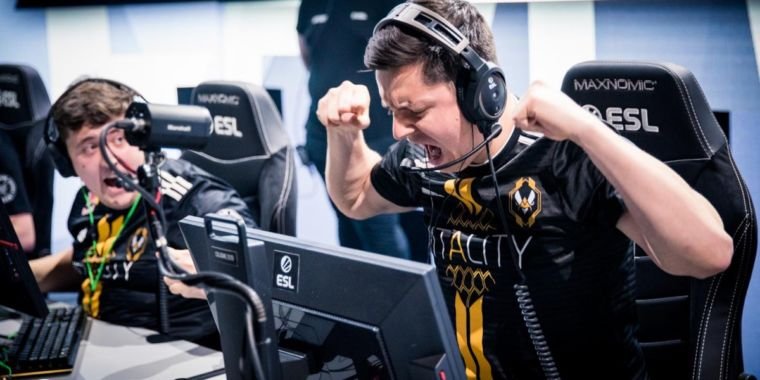 Professional athletes at the highest level regularly face not only fierce competition from other teams or individual athletes, but also intense psychological pressures ranging from performance anxiety, performance anxiety and tensions due to miscommunication, especially in team sports. Professional gamers who participate in major esports competitions experience the same types of stressors, according to a new psychological study published in the International Journal of Gaming and Computer-Mediated Simulations.

Sports psychology has long been an active field, but its application to esports is a relatively new area of ​​research, one that the University of Chichester in the UK is embracing with its recently launched BA (Hons) esports degree. The program focuses on the scientific study of the physical and psychological impact of esports, including nutrition, coaching and strategy in an immersive gaming environment, according to co-author Philip Birch, who specializes in sports and exercise performance psychology.

This is the first study of its kind, per birch. The goal was to gain a better understanding not only of the stresses that esportspeople face, but also of the coping strategies they use to deal with those stressors. Birch and his colleagues decided to focus on Counter-Strike: Global Offensive †CSGO) because it is similar to physical team sports such as football or rugby. It is a multiplayer first-person shooter game in which two teams compete against each other: Terrorists and Counter-Terrorists. For example, the Terrorists try to place bombs or take hostages, while the Counter-Terrorists aim to defuse those bombs and rescue any hostages, while both sides try to take each other out. Players who do well are rewarded with in-game currency after each round; those who mess it up can incur fines.

The winning team will take home the prize pool. Prize pools for CSGO leagues range from $75,000 to as much as $1 million. In 2018 alone, more than 380 million people watched esports leagues, according to the authors, and it’s becoming more and more professionalized, including the formation of a players’ union in 2015. As esports has grown into a nearly $1 billion business, there is also interest in investigating the psychological factors that influence the game.

In fact, in 2016, a CSGO elite team, Astralis, has even hired a sports psychologist to help its members deal with the psychological pressures of competing in such a high-stakes environment. Astralis won the ELEAGUE Major in January 2017 and members credited the team psychologist as being better able to handle competitive pressure. The use of sports psychologists by esport teams is likely to become more common, meaning more research like the one being done at Chichester is needed to provide an evidence-based foundation.

“We thought [the study] was a good opportunity to see how esports players interact in front of a live audience and how they get along as a team,” Birch told Ars. CSGO together. “Sometimes families get along very well, and sometimes they don’t,” he said. And unresolved tensions can potentially affect overall team performance.

Since this was the first study to lay the groundwork for future research, the researchers took a more qualitative than quantitative approach. According to Birch, the qualitative nature of the study was better suited to an initial exploration of the various stressors and coping mechanisms common to esports players. Future studies could opt for a more quantitative approach, but this would require many more participants.

The sample size is admittedly small, with seven elite male players competing in the ESP Premiership CSGO Final Spring. The players had between two and six years of experience in competitive esports. Lead researcher Matt Smith attended an esports competition to better understand both the gameplay and the competitive environment, and he used that knowledge to develop the interview guide used in the study. Interviews were conducted by Skype within three weeks of the competition and were transcribed verbatim for later analysis.

“His way of motivating players is to destroy them,” said a study participant of an IGL in one of the milder examples. “He said to me, ‘You’re so stupid, and so stupid, and so incapable of doing anything that once you get into the real world, you’ll find it too hard.'”

Other internal team issues included lack of trust in your teammates — especially in terms of maintaining emotional control under pressure — and being overly risk-averse for fear of failing and letting the team down. Some players are more focused on improving their individual scores than on improving the performance of the team as a whole, and tensions arose when some team members did not take practice sessions seriously.

External stressors included trash talk from opposing teams, social media attacks, and the fear associated with playing a fast-paced, high-pressure game in front of a large live audience. “Like, you’ve smelled and you have no idea if the camera is on you, but in your head they’ve just looked and you just feel so much worse,” admitted one study participant. Some participants reported feeling stressed about having to do media interviews, especially players who speak English as a second language.

Birch et al† also identified several common coping strategies used by esports athletes. These include techniques for dealing with emotional stress, such as taking a break between cards, mentally blocking the cameras, and trying to get into “the zone” so you can focus solely on the game. Other coping strategies were more focused on problem solving, such as boosting a tired teammate’s confidence or holding a post-match group discussion to see what worked and what went wrong. Players can also practice the so-called ‘avoidance coping’, refusing media interviews when, for example, they are busy, or staying away from social media.

As an industry, we have known for a long time that stressors among top players can negatively affect their performance.”

In addition to the small sample size of the study, Birch et al† acknowledged another shortcoming: There were no female study participants. This was largely due to the strong male dominated competition; the only women were in the hospitality and production teams. Female gamers likely face additional stressors; previous studies have shown that female gamers experience more sexual harassment, for example. The authors hope that future research will address that omission.

The team also wants to look more closely at additional psychological stressors that affect in-game leaders. Additional studies may also examine how personality traits, such as neuroticism, narcissism, and extroversion, may affect gamers’ ability to cope in high-stress competitive environments. “Perhaps from their personalities we can derive some predictions about how they are likely to react to certain situations,” Birch said. “And we’d like to have esports athletes do some sort of training scenario where we try to improve their performance with things like breathing and relaxation techniques.”

“As an industry, we’ve known for a long time that stressors on top players can negatively impact their performance,” ESL’s chief operating officer, Rob Black, said in a statement. “This study proves this and reinforces what we’ve been saying for years. Further developments in this area are needed and will be essential to ensure that the number of professional players worldwide continues to grow.”