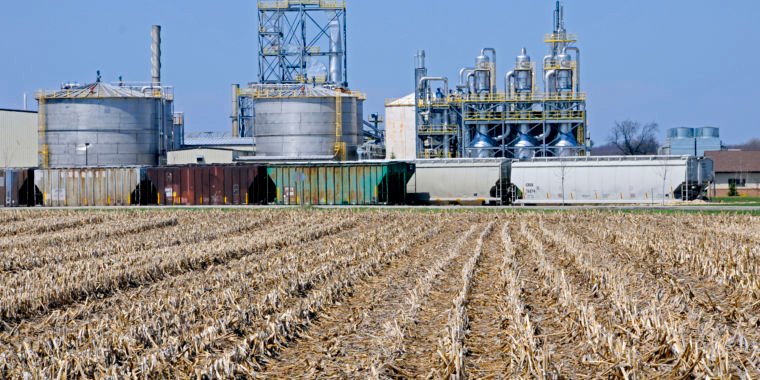 In an Oct. 19 letter to cornbelt lawmakers, Environmental Protection Agency (EPA) administrator Scott Pruitt said he will not seek to reverse biofuel blending rules, according to Reuters.

The agency had been considering some changes to the Obama administration’s rules that increase the amount of renewable biofuel that refineries must blend into the gas and diesel they sell. According to Bloomberg, the EPA had specifically considered “a potential reduction in biodiesel needs,” as well as “a proposal to allow exported renewable fuel to count toward domestic quotas.” In early October, the EPA asked for public comment on the biodiesel quota cut.

The Bloomberg story quoted unnamed sources as saying that President Trump personally directed Pruitt to withdraw proposals that would relax biofuel quotas after pressure from lawmakers from corn-producing states such as Iowa, Nebraska and Illinois. Trump, who has courted both fossil fuel and cornbelt states in his campaign, has brought pressure from both sides in this debate. Uncertainty about the future of biofuel use during the Trump administration has fueled volatility in biofuel markets for months, Reuters notes.

Pruitt’s Thursday letter to lawmakers appears to be a win for biofuels and a loss for fossil fuel refiners, who argue that increasing biofuel blends in fossil fuels is costly to them and degrades the quality of the fuel.

Reuters also noted that Pruitt’s letter offered to work with Congress to allow year-round sales of E15 gasoline — or gasoline with 15 percent ethanol. Currently, summer sales of E15 gas are limited due to smog concerns. (Today, most gas in the U.S. is 10 percent or less ethanol.) While ethanol is viewed as a relatively “green” fuel because plants remove carbon dioxide from the air as they grow, burning ethanol can release more smog-forming pollution .