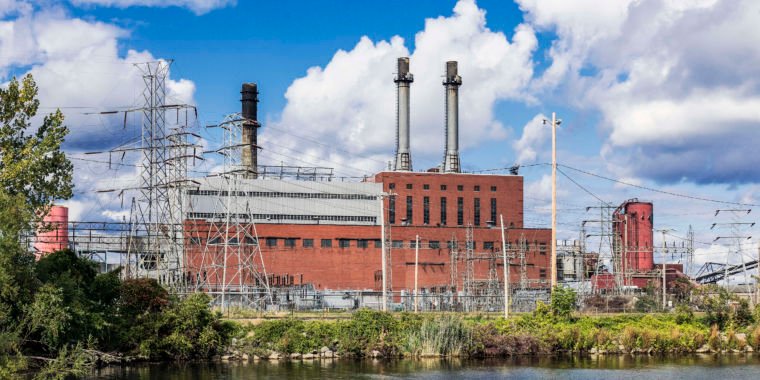 In a move it had been planning since last year, the EPA reaffirmed existing rules limiting mercury emissions produced by power plants. But the current EPA isn’t interested in wasting an opportunity to weaken regulation, so it also undercuts the economic rationale initially used to justify the regulation. This mixed decision could jeopardize existing regulations in court and will certainly complicate future regulations.

Some chemical forms of mercury are potent neurotoxins and pose a clear risk to public health. Power plants are a major source of emissions in the US, so they may fall under the purview of the Clean Air Act. Attempts to regulate mercury emissions dating back to the Clinton administration were dropped under Bush and reinstated by Obama. A few lawsuits have created further complications throughout this history, but a major one was decided by the Supreme Court, which ruled that the Obama administration had erred in not conducting economic analysis before formulating emissions rules.

The Obama-era EPA went back and reworked the regulatory process, and the result was one of the more expensive regulations in US history. However, that cost pales in comparison to the benefits that would come from lower medical costs and better public health. However, most of those benefits didn’t come from the reduced mercury itself. Instead, the process of removing mercury from exhaust streams would also eliminate many particulate emissions, and their absence provided many of the health benefits.

The rules were introduced during the Obama administration, which was promptly indicted. The case was still pending when Trump took office, and his EPA asked to withdraw from the case so it could formulate new rules. Meanwhile, while the old rules were still in effect, utilities did whatever it took to comply, in many cases passing those costs on to consumers. As a result, many utilities have publicly resisted attempts to roll back emissions limits. The coal industry, the source of most of the mercury, argued for a rollback.

The new rules, announced yesterday, maintain the existing emission limits. But how it justifies this is likely to cause some controversy.

No friends with side benefits

In both the EPA’s original and current estimates, the benefits of reducing mercury are relatively small — the current estimate places those benefits at about $5 million per year. But the process of removing the mercury from a power plant’s exhaust stream also eliminates many other emissions, especially particulates. The social costs of particulate matter are considerable (although the EPA is not entirely convinced of this), so the mercury controls would be accompanied by so-called side benefits. In this case, the side benefits significantly outweigh the direct benefits, with estimates reaching over $10 billion a year. This is significantly more than the cost of pollution control.

While the Clean Air Act regulations do not require that the financial benefits outweigh the costs, the cost-benefit analysis shows that they generally make a rule less vulnerable to lawsuits.

However, the new EPA decision indicates that it has ruled that regulatory decisions should not consider side effects — at all for this or future rules. When performing a cost-benefit analysis, only direct benefits can be taken into account.

It is possible that this decision will bring the existing regulations to court, as the coal industry would no doubt be interested in overturning them. If the regulations are overturned, utilities will be left with a lot of unnecessary equipment, the costs of which in many cases have already been passed on to consumers. It will certainly cast doubt on future tightening of these regulations, even if further studies reveal additional issues associated with mercury.

But the EPA’s action raises questions about the prospects for successfully regulating a pollutant. In many cases, such as the release of chemicals that produce acid rain, pollution controls are designed to address multiple issues at once. By forcing regulatory action to look at each individually, the decision more or less guarantees that the savings generated by hardware that offers multiple benefits will never be included in the decision-making process. So almost any economic argument for regulation will end up looking worse.

Again, the EPA can choose to act even if the economics of regulation are not in its favour. But this will likely lead to the rules being tied up in court, just like the mercury rules.