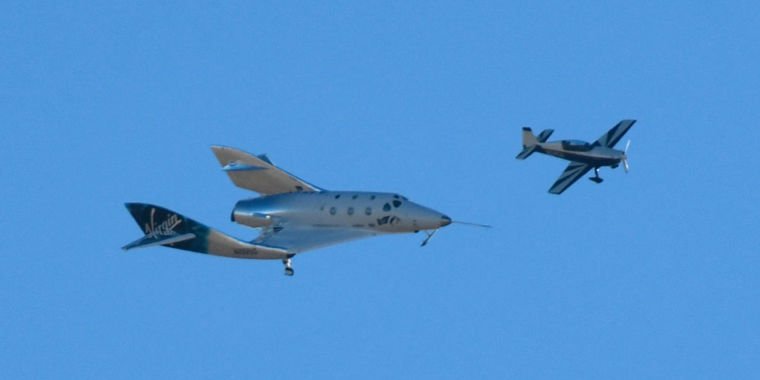 Around the same time, the company’s chairman, venture capitalist Chamath Palihapitiya, began talking about developing point-to-point suborbital travel. This progress, he said, would come after Virgin Galactic developed its space tourism business based on a small rocket-powered spacecraft launched from a large aircraft. Such trips, which provide a few minutes of weightlessness, cost at least $250,000 per person. Commercial services can start at the beginning of 2021.

The move from this technology to a rocket-powered vehicle that can carry passengers on long suborbital hops around the world is an important step forward. It would involve getting a bigger, much more powerful spacecraft to work, making it safe, convincing regulators to allow spaceflights near populated areas, and ultimately cutting costs down to something more than a handful. ultra-wealthy can afford.

However, Palihapitiya suggested that the idea of ​​point-to-point suborbital travel isn’t just for a distant, hazy future, but within the company’s short-term plans. “If you think about that world, that world is five to 10 years away,” he said.

Since those comments, other Virgin Galactic officials have also discussed the potential market for hypersonic point-to-point travel. The company’s stock price has risen to $40, but has recently been trading at a value between $15 and $20 a share; Morgan Stanley analyst Adam Jonas has said nearly half of the stock’s value should be based on the potential of point-to-point travel. But the U.S. government isn’t so sure that the idea has any near-term promise.

Slowing down the pace

Monday, during a meeting of a committee advising the Federal Aviation Administration on commercial space, the topic came up during a discussion with Scott Pace, executive secretary of the National Space Council. Pace and the Trump administration have sought to advance hypersonic technologies, particularly for military applications. A committee member, Paul Damphousse, asked if this interest also extends to point-to-point commercial travel.

In his response, Pace was less enthusiastic about the prospects for point-to-point freight and passenger transport. “Maybe this is a bad reflection of me, but I still see that as somewhat speculative and somewhat over the horizon,” he said.

For commercial manned spaceflights, Pace added that his focus is now on supporting companies like Virgin Galactic and Blue Origin in their efforts to develop safe suborbital spaceflights — short stays above the atmosphere that take four to six people into space and help them return to the ground in the same place.

“I see we’re in the process of getting the suborbital market going and stabilizing right now,” Pace said. “I think people are looking forward to the possibility of point-to-point passenger and cargo travel, but right now it’s just about getting routine suborbital access to space and pushing hard on unmanned hypersonics.”

It’s not too early to think about regulations for point-to-point travel with people, he said, as it will take a long time to develop standards. “But,” he added, “I still think that’s a little further out.”