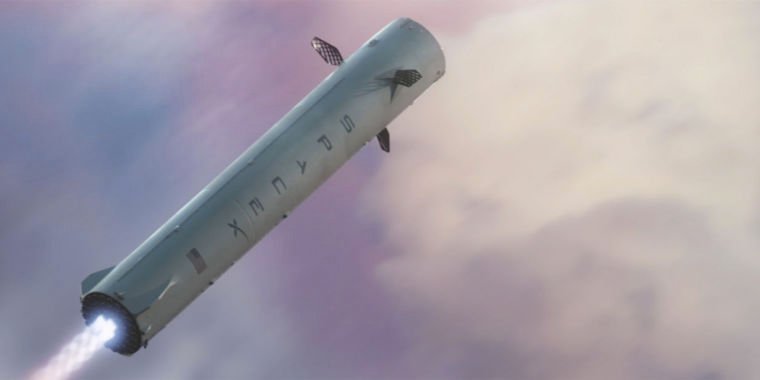 Last year, SpaceX founder Elon Musk shared plans for his transportation system to send humans to Mars in the 2020s. But the fantastically large rocket, with 42 Raptor engines and enormous technical challenges, looked more like science fiction than reality. Then there was the petty issue of who would pay the tens of billions of dollars to develop a rocket that had little or no commercial prospects beyond sending 100 people to Mars at a time.

Musk seems to have realized that his ambitions have been a little too ambitious in recent months, and has said he will release a “revised” Mars colonization plan that addresses some of these technical and fiscal issues. Now we know that this discussion will take place at the 2017 International Astronautical Conference in Adelaide, Australia, on September 29. And this weekend, Musk dropped a big hint about the change.

In response to a question on Twitter, Musk wrote, “A vehicle with a diameter of 9 meters will fit into our existing factories …” And this is actually a rather substantial hint, because the original “Interplanetary Transport System” had a huge diameter of 12 meters. Scaling back to 30 feet, this suggests that Musk plans to remove the outer ring from 21 Raptor engines, leaving a vehicle with 21 engines instead of the original 42. While still complicated to manage during launch and flight, 21 engines seem more reasonable. Such a vehicle would also have about 50 percent less mass.

Why 9 meters is important

At 30 feet, the revised Mars rocket would still be significantly larger than SpaceX’s current booster, the 12-foot Falcon 9 rocket. But it would be smaller than the most powerful rocket ever flown, the 10-meter Saturn V booster that launched the Apollo crews to the moon.

The shrinking of the Mars booster suggests that Musk may be bending to reality. A 30-foot rocket means it can be produced in SpaceX’s existing facilities, saving the company the expense of building a much larger factory. (Pragmatically speaking, it could also be produced at NASA’s rocket factory in Michoud, La., without major renovations). A smaller, but still powerful missile also opens the door to commercial opportunities and military contracts.

Most notably, the US Air Force is in the process of soliciting bids for the second phase of a $2 billion competition to develop new launch vehicles that can meet the government’s needs for space missions. This is part of the Air Force’s effort to end the US’ reliance on the Russian-made RD-180 engine, and this competition is for development contracts to build launch systems capable of missions to fly by early to mid 2020. So it’s possible that SpaceX will bid on some of these funds to help develop the Mars rocket, perhaps for the Raptor engine or the entire vehicle.

A successful Air Force bid would provide an answer to an important question facing Musk: how to pay for the Mars rocket. An answer to another important question could come later this year, whether SpaceX really manages to control dozens of rocket engines in flight. Although the Falcon Heavy rocket has a different configuration than the Mars rocket, it requires the coordination of 27 Merlin engines during launch. If SpaceX can do that during the Falcon Heavy’s first launch — possibly later this year — then it doesn’t seem too hard to control 21 engines on the Mars rocket.