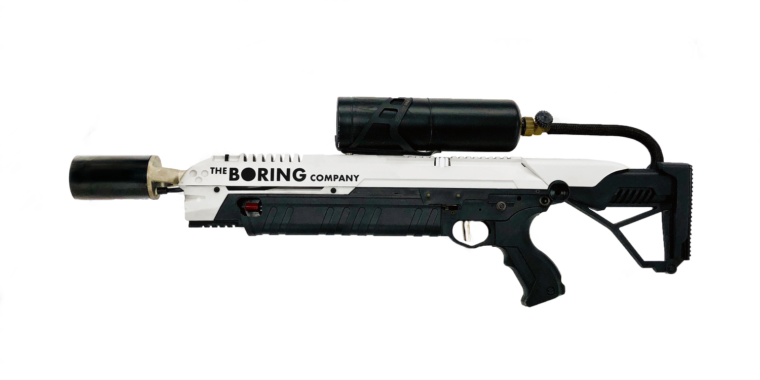 Over the past 15 years, Elon Musk’s companies have had a major impact on the rocket, electric car and battery markets. This weekend Musk entered another new market: flamethrowers. Musk’s Boring Company began selling brand new flamethrowers for $500 each.

By Monday afternoon, customers had reserved 10,000 of the 20,000 units the company planned to produce.

Founded in late 2016, the mission of the Boring Company is to reduce the cost of underground tunnels. But while it’s working on that, it’s become a platform for Musk to launch crazy side projects. Last year, Musk sold 50,000 boring business hats for $20 each.

“After 50,000 hats, we’re going to sell The Boring Company’s flamethrower,” Musk tweeted while that sale was finalizing.

Now Musk has kept his promise. He posted a video on Saturday in which he was playing with a flamethrower. While the term “flamethrower” might conjure up images of a soldier throwing huge flames over long distances, the Boring Company’s flamethrower is more modest. As Quartz points out, the flame it casts looks a lot like a roof burner.

Musk tweeted that the Boring Company avoided regulatory headaches by keeping the flame length below 10 feet.

Musk’s other company, Tesla, is struggling to produce enough Model 3 cars to satisfy hundreds of thousands of pre-orders — many of them placed in 2016. Hopefully the Boring Company can process orders for flamethrowers faster. The company says flamethrowers will ship in the spring.

Update: Shortly after this story was published, Musk updated the sales figure from 7,000 to 10,000.