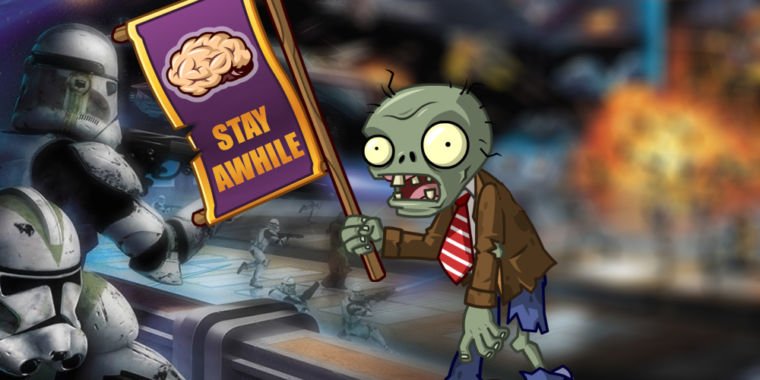 The use of microtransactions and loot boxes in video games has grown from sporadic to ubiquitous in recent years. 2017 saw the lootbox trend explode and even spill over from a “cosmetic” model to one that influences gameplay. But in-game items like loot boxes — which are common in multiplayer games — are worthless to publishers if players don’t interact with them.

Game publisher Activision has already patented a way to encourage in-game purchases by manipulating “matchmaking,” or how players are paired up with strangers in online multiplayer games. This week, eagle-eyed YouTuber YongYea takes credit for discovering a similar, but not identical, matchmaking manipulation scheme being researched and promoted by researchers at game publisher EA.

The articles discovered highlight ways to keep players “engaged” in different types of games, rather than ending them prematurely, by manipulating their difficulty without necessarily telling the players. Published as part of a conference in April 2017, these papers indicate that EA’s efforts to manipulate difficulty and matchmaking have already been tested in live games, may be tested in future games, and are officially described as a means to fulfill the “objective function” of making players “spend” money on games, among other things.

Fair is fair? Not to EA

While other EA documents or investigations may exist, YongYea drew his attention to two of EA’s published articles in a video he uploaded to YouTube on Sunday: “Dynamic Difficulty Adjustment [DDA] for Maximized Engagement in Digital Games” and “EOMM: An Engagement Optimized Matchmaking Framework”.

The EOMM paper, co-authored by researchers at EA and UCLA and funded in part by an NSF grant, applies more directly to EA’s latest online gaming controversies. This document outlines a way to modify games whose difficulty does not start and end with computer-controlled difficulty problems (enemy strength, puzzle designs, etc.) but with real opponents.

“Current matchmaking systems…match similar players under the assumption that fair play is the best player experience” [sic]‘, the paper begins. “However, we will show that this intuitive assumption sometimes fails and that fairness matchmaking is not optimal for engagement.”

Elsewhere in the paper, the EA researchers point out that other researchers seem to believe that “a fun match should have players playing in roles with an observable joyful role distribution. However, it’s still a conceptual, heuristic-based method with no experiment showing that such matchmaking system indeed improves concrete engagement stats [sic].”

In other words, the researchers work in a data-driven manner, clarifying that they don’t necessarily see concepts like “fun” or “honesty” driving the engagement that their dissertation embodies. And, as the paper notes, it is involvement, not honesty or fun, that is directly related to a player’s willingness to continue spending money in the game.

The EA researchers don’t necessarily see concepts like “fun” or “honesty” contributing to their dissertation.

To test this thesis, EA conducted a test in early 2016 with 1.68 million unique players involved in 36.9 million matches of an undisclosed 1v1 game whose matches could end in wins, losses, or draws. While the paper offers no further details, EA Sports series like FIFA and NHL would fit the description given.

During the testing period, players were analyzed based on their skill level (itself based on wins, losses and draws) as well as their likelihood of leaving for at least eight hours after the game. The players were then assigned to one of four pools of different matchmaking techniques: skill-based; EOMM-sorted (the new matching algorithm intended to reduce churn); “WorstMM” (the opposite of the EOMM algorithm); and completely random matching.

The article describes “existing matchmaking methods that heuristically match similarly skilled fellow players,” suggesting that live players were unknowingly dropped into EA’s experimental matchmaking pools for this engagement study. But due to vague methodology descriptions and repeated discussion of “simulations” of existing player and match data, the article makes it difficult to determine whether actual, live matchmaking was affected. (EA has not yet responded to Ars Technica’s request for comment.)

This EOMM paper is also not entirely clear on how a player’s perceived attributes — including “skill, play history, and style” — correlate with the same player’s churn probability. This means that the paper’s thesis cannot be written as simply as something like “bad players are more likely to play when matched with even worse players.”

The authors admit that this matchmaking system needs to evolve to account for factors such as team battle video games, larger multiplayer scenarios, network connectivity issues, friend lists, and more. They say that “we will explore all those scenarios” in future tests. The authors also make clear where this modeling could eventually lead: “We can even change the target function to other key game metrics of interest, such as game time, retention or spend. With EOMM, one can easily connect different kinds of predictive models to achieve the optimization .”

If our guess about EA Sports 1v1 games is correct, then that division’s “Ultimate Team” products, powered by loot boxes and microtransactions, are already the best for the picking.

Dynamic Difficulty Adjustment [DDA] paper was previously found and circulated by fans and critics in late 2017, though it may not have gotten much attention as it didn’t declare much news in the game industry. This research report is a higher level version of automatic difficulty adjustment features that have appeared in single player games for decades. Simpler versions of this mechanic have appeared in: Crash Bandicoot and newer super mario spell.

This EA research-based version worked, according to the paper, by analyzing and automatically adjusting games from an EA-published mobile three-on-one puzzle game. The paper wanted to see if automatic adjustments would keep players engaged rather than languishing in frustration or discontent. (The untitled game in question may be a version of bejeweledthe largest three-in-a-row series created by EA-owned studio PopCap.)

The paper’s opening summary could have sufficed simply to say that the preliminary DDA system yielded a nine percent “improvement in player engagement,” but the researchers chose to link an economic model to the findings. : that the DDA system had a “neutral impact on making money.” (Certain free-to-play versions of bejeweled allow players to spend real money to earn a performance-enhancing currency faster.) The researchers further speculate that this was because the algorithms locked in players at high risk of churn, but who were also “less likely to spend money.” [money].”

Coincidentally, the article’s conclusion mentions a desire to extend DDA testing to “more complicated games with non-linear or multiple progressions, such as role-playing games (RPGs).” We’d also like to see further research to show whether games with more robust online communities or social features, such as online score comparisons, might encourage “whale” players to spend more, or at least more likely whales to spend more. to pull.

Separately, the papers analyze retention methods that have not been disclosed to players as described – unlike the clearly marked boosts and resources in newer ones. super mario games and the “safe mode” added to horror game soma. It’s unclear whether EA would actively inform players about these types of systems, if they’re used in single-player or multiplayer games, or whether they’ve already arrived unannounced in EA-published games launched after these early 2016 tests.

Meanwhile, EA has two big games in the pipeline that could combine the single-player challenge adjustments of the DDA study with the matchmaking-driven augmentations of the EOMM version. In addition to Bioware’s upcoming Hymnan apparent co-op space battle RPG similar to DestinyEA recently announced major changes to an unnamed Star Wars game. Those changes should “add a broader experience that allows for greater variety and player freedom,” suggesting a move from the original single-player vision to a shared multiplayer vision. This 2017 research strongly suggests that EA has a keen interest in applying these methods to future games, but how these single-player and multiplayer systems can be combined to silently and simultaneously manipulate a game’s player base is not yet clear. .

EA did not immediately respond to Ars’s questions about the investigations.