During a hospitalization, microbial hell breaks loose between you and the room | Techilink 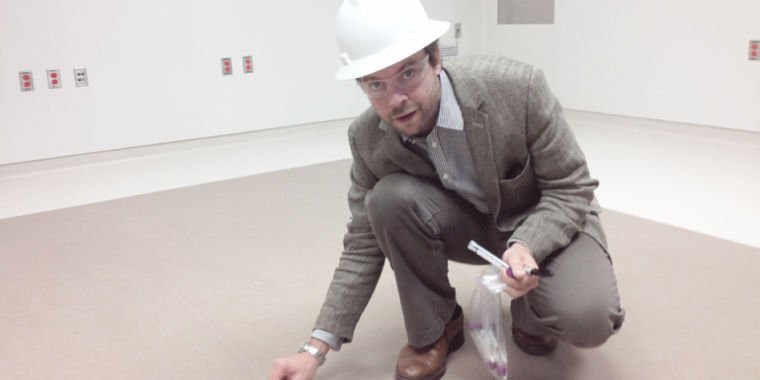 In the first few hours of a hospital stay, the microbes that live on the walls and other surfaces of the hospital try to overthrow your skin microbiome. Then all hell breaks loose. Within 24 hours – and possibly even within seven hours – your microbes will rise to beat back the invaders. Before the germ clouds settle, your microbiome has invaded the room.

At least, that seems to be the standard course of action, according to a new study in Science Translational Medicine. For the study, researchers at the University of Chicago, led by microbiologist Jack Gilbert, closely tracked the microbial comings and goings of a new hospital for a year. They started from before the hospital opened and continued to investigate until it was full of patients. The researchers wanted to understand the microbial dynamics so they can one day modify it. Gilbert envisions future probiotics – not pills or lotions, but surface sprays and wall treatments – that could accumulate beneficial bacteria capable of expelling deadly pathogens and even a major beneficial immune defense in patients.

“We know that cleanliness or hygiene in the hospital is generally a good thing,” Gilbert told Ars. “But what if we miss a trick? What if there are actual changes in the hospital microbiome environment that could actually be beneficial?”

It sounds a bit far-fetched, he admits, but “it’s not something that’s too far from reality.”

Data from the new study, as well as other studies, indicate that diverse, thriving microbial communities living indoors can promote health. It’s still early days — we need a lot more data, Gilbert concedes — but “we may need to rethink our strategy around hospital cleaning practices.”

In the new study, Gilbert and his team set out to get rid of the big question. They swept and examined microbes from the nooks and crannies of patients and staff. They similarly swept hospital facilities starting two months before the hospital opened on February 23, 2013. Surface samples came from two nursing stations and 10 patient rooms, evenly distributed between the surgical floor of the hospital and the floor with hematology and oncology departments. The researchers swept bed rails, walls, floors, chairs, telephones, faucets, air filters, computer mice, shoes and countertops. They also tracked conditions in the hospital, such as temperature, humidity, and lighting. All rooms were cleaned daily with an ammonium solution and then with bleach between patients. A year later, they had 6,523 microbe-laden samples to sequence and analyze.

Before the hospital opened, the microbiomes of building materials were characterized by Acinetobacteria and Pseudomonas, quietly roaming the corridors, the researchers discovered. Once opened, a tidal wave of human skin microbes poured in, completely overthrowing the communities. Skin-associated groups – inclusive Corynebacteria, Staphylococcusand Streptococci— reigned for the rest of the study.

In terms of people and their microbes, the researchers found some unsurprising connections: For example, the microbes on employees’ hands most closely resembled those on their pagers and telephones. Similarly, microbes on bed rails mirrored those on patients’ hands.

But there were also some surprises, most notably the microbial drama that seemed to unfold when a patient settled into a hospital room. In the first few hours, the microbes from the chamber’s surfaces quickly penetrated the patient’s skin, researchers found. But after 24 hours, the proverbial tables were turned: the patient’s microbes seemed to gain a foothold again and began streaming in and taking over the room. The longer the stay, the more the two microbial camps coalesced and marched towards an equilibrium point.

The data emphasizes “this idea that you are constantly, continual exchange and interaction with the microbial world around you,” Gilbert emphasizes. The data further indicates that when nurses visit a patient, microbes can drop from their clothing which then cause another fluctuation in the microbial balance. (Because nurses often wear masks and gloves, their microbiomes didn’t seem as affected by the exchange, Gilbert said). But for the patient camping in their room, at some point they’re just exchanging their own microbes back and forth with themselves, Gilbert explains.

Warmer and more humid conditions seemed to disrupt the microbial balance, the researchers found. In warmer conditions, the microbes of patients and their rooms became less similar. While in humid conditions they became more similar. But when the researchers looked at the effects of the types of treatments the patients received — oral antibiotics, chemotherapy, surgery, etc. — they saw no significant effects. The only exception was the use of topical antibiotics, which crushed microbial populations on the skin.

Together, the data provides some interesting glimpses into the hospital microbial world. But the results aren’t enough to make clinical guidelines yet, Gilbert said. More research is already underway for this. He and his colleagues are developing a project that will allow them to track the daily movements of microbes in a hospital, which will require even more samples and genetic analyses. They are also curious about how microbes interact with hospital surfaces and whether we can manipulate the surfaces themselves to accommodate the most beneficial communities.

And of course they want to see the microbiome of their young hospital grow up. “We now have a baseline,” he said. “We now want to monitor it every five years and determine how it evolves.”