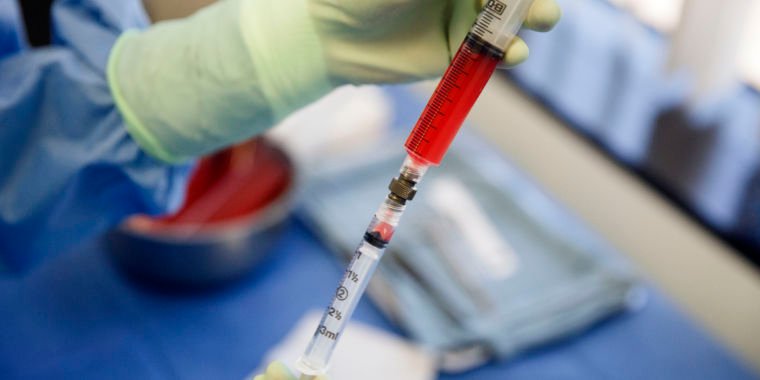 As a first demonstration of its tougher stance, the agency today posted information about two enforcement efforts. One was a warning letter to a Florida stem cell clinic that posed as legitimate clinical research and blinded three patients after injecting stem cells directly into their eyeballs. The other was a troubling announcement that the agency had seized five vials of smallpox vaccine from stem cell clinics in California.

The clinics, run by StemImmune Inc., would mix the dangerous vaccine with stem cells for an unproven, unapproved and potentially harmful cancer treatment injected intravenously into patients or directly into their tumors. While the injection of stem cells alone lacks safety and efficacy data, the vaccine is known to be dangerous. The vaccine contains a live smallpox virus, similar but less harmful than smallpox. When injected into patients with weakened immune systems, such as many cancer patients, the vaccine can cause life-threatening side effects, such as swelling of the heart.

In today’s announcement, the agency noted that the vaccine, Vaccinia Virus Vaccine (Live), is not commercially available. It is reserved for people who are at high risk of becoming infected with the otherwise eradicated virus, such as researchers or military personnel. “The FDA has serious concerns about how StemImmune obtained the product for use as part of an unapproved and potentially dangerous treatment,” the agency said. The FDA added that it is actively investigating the origin of the vials.

According to CDC spokesman Thomas Skinner, at least some of the vials came from the Centers for Disease Control and Prevention. In an interview with Ars, Skinner explained that private and public institutions across the country can request the vaccine and that the agency has rules and regulations governing how it is provided. According to Skinner, StemImmune had told the CDC it needed the vaccine to protect some of its own researchers.

But in the FDA’s announcement, the agency reported that it had confirmed that StemImmune actually used the vaccine in cancer patients. The FDA said of the five vials it seized, four were intact and one had been partially used. The agency is investigating where the other vials came from and how StemImmune got them.

In an email to Ars, StemImmune did not respond to questions about FDA safety concerns or the origin of the vaccine vials. The company offered this statement:

As for the Florida stem cell clinic, US Stem Cell, the FDA warned that it was marketing products without FDA approval. The clinic also had “significant deviations from current good manufacturing practice requirements, including some that could affect the sterility of their products, putting patients at risk,” the FDA said.

In an emailed statement to Ars, US Stem Cell replied:

The safety and health of our patients is our number one priority and the strict standards we have follow the laws of the Food and Drug Administration. Since November 2014, we have provided the FDA with unrestricted access to our facilities and our processes and will continue to work with them on clinical and industrial improvements. The FDA has stated that they will have specific stem cell guidelines by the 21st Century Cures Act deadline of December 13, 2017, and we plan to follow those standards as well.

Questionable and harmful clinics, such as those of StemImmune and US Stem Cell, have proliferated in the US, according to researchers. A study last year found that nearly 600 clinics had sprung up across the country, claiming to treat everything from autism to Parkinson’s disease, mild joint pain, mental illness and cancer.

In today’s announcement, FDA Commissioner Scott Gottlieb spoke firmly about the crackdown on those clinics and their treatments:

Speaking as a cancer survivor, I know all too well how frightening and anxious the diagnosis of cancer can be for a patient and their loved ones and how tempting it can be to sell the bold but ultimately hollow claims made by these unscrupulous clinics or others. cures… The FDA does not allow rogue actors to take advantage of vulnerable patients by claiming to have treatments or cures for serious illnesses without any evidence that they actually work.

But Leigh Turner, a bioethicist at the University of Minnesota who has done extensive research on these stem cell clinics (and published last year’s study listing the clinics), is hesitant to say this is the beginning of the end for the harmful treatments. “In some ways I feel encouraged by today’s developments,” he told Ars when reached by phone. The enforcement efforts and plans for new policy and working group are positive signals.

But there have been “bold statements” about crackdowns before and not much happened after that, he said. “And so a question from me is: take it [the FDA will] do something — are we going to see a more systemic, comprehensive, organized approach to what appears to be a serious problem in the marketplace? Or are we going to see a more “low hanging fruit” approach where the FDA after many complaints, media inquiries, reports of damages or lawsuits etc.

“It’s good to see the FDA doing something,” Turner said, but not when it’s “on the back of people who are getting badly hurt.”