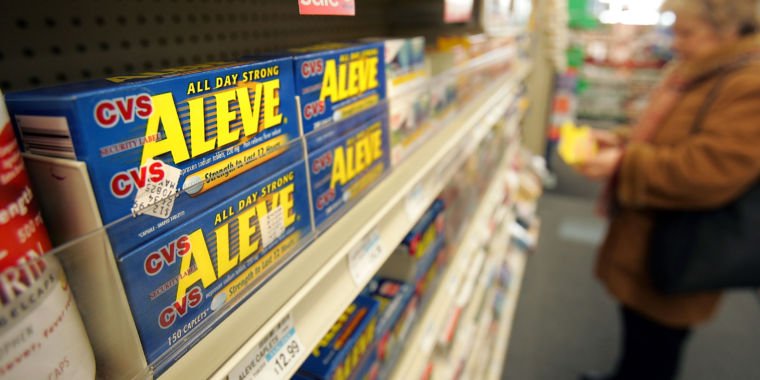 Irish drug company Horizon Pharma has increased the price of a two-in-one painkiller by more than 2,000 percent in the past five years, according to a report in Financial times

Vimovo is a combination of the common pain reliever naproxen and esomeprazole. Naproxen is the active ingredient in Bayer’s over-the-counter pain reliever Aleve. A side effect of naproxen is gastrointestinal problems, including stomach pain and heartburn. As such, Vimovo combines it with esomeprazole, a proton pump inhibitor that treats heartburn. Esomeprazole is sold by AstraZeneca without a prescription as Nexium.

Bought separately, the two can cost as little as $36 in total.

“Companies often try to come up with equations where one plus one equals three. In this case, it seems that one plus one costs 83 times more,” said Michael Rea Financial times. Rea is the CEO of Rx Savings Solutions, which makes software that helps patients reduce their drug bills.

Horizon also makes the two-in-one pain reliever Duexis, which combines the pain reliever ibuprofen with the antacid famotidine. The company charges $2,979 for a bottle of 90 pills, while the drugs would cost just $15 if bought separately.

Nevertheless, Duexis and Vimovo are sometimes covered by US health insurers. And Horizon made $134 million in sales of both products in the first nine months of 2017, Rea said.

Rea added that he saw no reason why patients couldn’t just take the separate, over-the-counter versions of the drugs. But a Horizon spokesperson argued that “there are no FDA-approved generic, over-the-counter, or clinically equivalent drugs for Duexis and Vimovo, and any claim otherwise is completely inaccurate.”

The spokesperson also noted that Horizon offers assistance programs so that patients pay less than $10 out of pocket. But if the Financial times notes that this common practice continues to increase general health costs as insurance companies help cover larger drug bills.