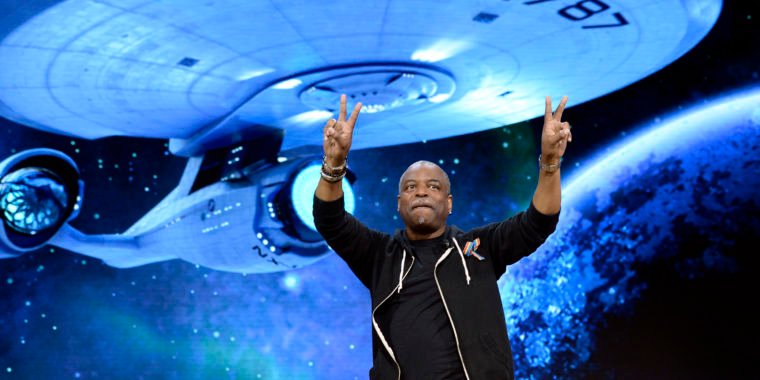 More than 100 prominent members of the Star Trek cast and crew have written an open letter against Republican presidential nominee Donald Trump.

Star Trek has always offered a positive vision of the future, a vision of hope and optimism, and above all a vision of inclusion, where people of all races are given equal respect and dignity, where individual beliefs and lifestyles are respected as long as they pose no threat for others. We cannot turn our backs on the upcoming elections. Never before has there been a presidential candidate so completely opposed to the president’s ideals Star Trek universe as Donald Trump. His election might set this country back in a disastrous position. We must elect a president who will move this country forward to the kind of future we all dream of: where personal differences are understood and accepted, where science trumps superstition, where people work together instead of against each other.

The letter goes on to say that voting Green or Libertarian because the two leading candidates are “equally flawed” is “illogical and inaccurate.”

“Vote for a future of enlightenment and inclusion, one that will one day lead us to the stars,” the letter concludes.