Don’t change your plans to not see The Mummy |Techilink 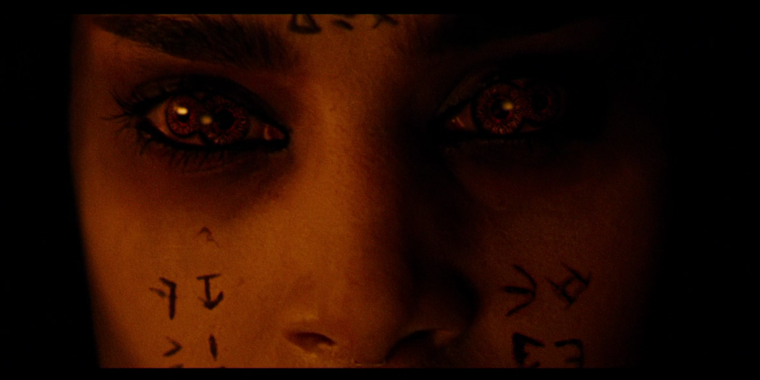 I’m surprised it took Tom Cruise this long to fuel an otherwise good movie. His Scientology-related controversies have not been followed by major movie failures – far from it, as he has several decent Mission Impossible and Jack Reacher movies under his belt at this point.

So I went to his reboot of the mummy hoping Cruise would continue his surprising streak of floating atop incredible action sequences and delightful ensemble casts. Not so much. In fact, Cruise is the main reason this first entry into the Dark Universe stinks, dragging an otherwise fine to solid film to its underwhelming level.

Hanging out at The Max

Cruise’s smartest move in recent years has been to pass the “characters with real personality” on to castmates, but the mummy does not allow him this luxury. Cruise stars as Nathan Drake – er, I mean, Nick Morton, a world traveler, double-crossing treasure hunter. (His wardrobe in the opening scene literally looks like the cover of Uncharted 3.) Before monsters appear, we learn that Nick has stolen a map leading to a supposedly epic treasure in Iraq. He begins the film and assures his fellow thief-in-arms Chris (Jake Johnson of new girl fame) that this mission will be a breeze.

Things spiral out of control when a near-offensive hooded band of Iraqi insurgents opens fire. Immediately, the promise of a weasel-outta-trouble Cruise is shattered. His character Nick doesn’t come across as sneaky, cunning or charming at all. The brief firefight lasts only a few minutes, which is nearly tripled by the over-long toddler screaming contest Nick and Chris get into afterward. This reduces Chris to a one-dimensional scream-very-loud companion, and Cruise’s acting chops only go as far as shrugs in response.

The shooting ends with the thieves somehow calling a US military airstrike because they are ex-servicemen, but somehow still have a walkie-talkie line at a fancy missile launch site? (I’m still not clear on the logic of that.) The victim of their theft, an archaeologist named Jenny Halsey (Annabelle Wallis), says that Nick recently slept with her and stole her very important card. This outburst is as close as the movie gets to any on-screen chemistry between two characters, and the duo goes on arguing for way too long about how long their sex lasted.

Another actor would have used this short span of character development to convince audiences that they could waltz into any place — a bedroom, an Iraqi compound, a military leader’s argument — and get what they want. But Cruise doesn’t seem in his element at all when he tries. Towards the end of the film, I suspected Cruise’s method-acting tactic: watch enough Saved by the bell to make a Zack Morris imitation. Cruise spends most of the film grinning, shrugging, and questioningly looking at every situation he encounters, with the occasional clever joke that falls flat. (“We’re not looters. We’re liberators of antiquities.”) Wallis is equally flat, though that may be because her character Jenny was written to do nothing but respond to Nick, either with disgust or logically unsound adoration.

The movie has good parts, and they almost all revolve around the incredible VFX work fueling the zombie-like armies that the titular mummy (Sofia Boutella) summons. When evil is about to strike, the film delights in a big-budget horror film camp, including dramatic orchestral swells, eerie sound effects, and sharp zooms on the obvious future victims. Then the monsters emerge, all rendered with hugely decayed body parts, withering skin and terrifying faces (with shiny, creepy rats and insects all around, for good measure). I found humor and excitement in these moments when the mummy really owns its status as a main M Monster Movie. In one of my favorite scenes, Nick swims away from an army of more than a dozen not-slow-not-slow zombies at all, their delicate distortions glistening in the underwater light.

An intoxicating mess of bandages and falling skin also appear all over Boutella, but more importantly, the film’s VFX team strikes the right balance between making her look ghostly and letting her flawless monster movie performance shine through. Boutella nails her role and successfully alternates between seductive and destructive, whether they’re screaming in ancient Egyptian or cooing in English.

Russell Crowe manages to make a mighty good, albeit brief, performance of himself as Dr. Jekyll (and, spoiler alert, maybe another character). This might surprise anyone who hears him tell the cheesy opening tale of the primary mummy’s origins, but he’s all humor and fast delivery as the leader of a mysterious international collective on a mission to study the world’s ancient monsters. .

But too much of the mummy focuses on Nick and Jenny’s mission to take down the monster, rather than having fun with the dark and spooky parts of the film. That means way too much time is spent explaining plot points, even if the movie simultaneously takes some of the biggest logical leaps I’ve seen in a theater in years. Viewers are told over and over that Nick has been cursed by this mummy, and we see her magically appear around and behind him in a ghostly fashion, but he always seems to slip away. and dr. Jekyll has designed a rock-solid system to contain his dark side… but this easily falls apart when we meet him.

The biggest logical step is that any character in this movie would be successful or powerful enough to get where they are in this movie. They all squabble over trivial matters and stumble into success instead of earning it. I believed in Boutella’s evil character, but the filmmakers didn’t give that angle a good reward for monster movie buffs. Too much Nick and Jenny.

Universal Studios is clearly moving forward with this cockamamie “Dark Universe” thing, but do the good parts the mummy good luck for the eventual follow-up? Some scenes lead me to believe that a team of diehard monster movie buffs was at work here, but someone on the production crew also thought it was a good idea to repeat repeated sequences of people staring longingly at each other in the desert. (About five moments in the mummy feels like rejected perfume ads.)

Put on your blinders for this Dark Universe.