Dogs were once domesticated from a lost population of wolves | Techilink 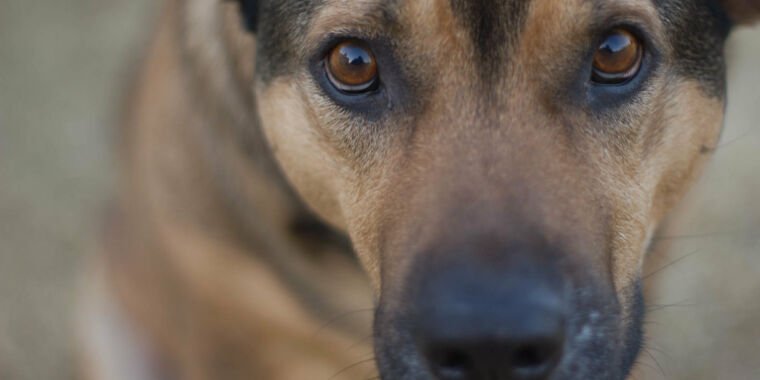 Genomics researcher Anders Bergstrom and colleagues recently sequenced the genomes of 27 dogs at archaeological sites across Europe and Asia, ranging from 4,000 to 11,000 years old. Those taken, along with those of modern dogs and wolves, show how dogs have moved around the world with humans since their domestication.

All of the dogs in the study descended from the same common ancestor, but that original dog population split into at least five branches as it expanded in different directions. When groups of people broke up, migrated, and met other groups, they brought their dogs with them. Dog DNA suggests that their population history largely reflects the story of human populations.

“When we understand the history of dogs, we learn not only about their history, but also about our history,” Bergstrom of the Francis Crick Institute said in a statement.

We still don’t know who walked the dogs

We still don’t know exactly when or where dog domestication first took place; it already had quite a complex history by 11,000 years ago. But it seems like it only happened once. The ancient genomes suggest that dogs all share a common ancestor, which they do not share with modern wolves. According to Bergstrom and his colleagues, that probably means dogs all descended from one group of wolves, and that group is now extinct.

Modern gray wolves do not appear to be very closely related to the ancient or modern dogs in the study. That suggests that since domestication set them apart, wolves haven’t contributed much DNA to dog bloodlines.

The oldest dog in the study lived with Mesolithic hunter-gatherers about 10,900 years ago in what is now Sweden. The DNA suggests that most of its ancestors came from an eastern branch of the dog family tree — the branch that gave rise to Siberian dogs, native North American dogs, and even New Guinea singing dogs and Australian dingoes.

But some of the dog’s ancestors also came from the branch that humans had followed to the Levant and Southwest Asia. Those bits of DNA were likely picked up as souvenirs when the dog’s ancestors encountered dogs from a different population. In other words, by 11,000 years ago, dogs had had time to become a species, divide into different populations as they parted ways, and then meet again and exchange DNA.

Have dogs, will travel

Bergstrom and his colleagues wanted to know how the history of the dog population matched that of humans. They compared their ancient canine data to what ancient human DNA tells us about how groups of humans migrated and interacted with each other over the past 12,000 years. Not surprisingly, the timing of splits, mergers, and moves largely matched. That suggests that when groups of people migrated, they took their dogs with them, and the dogs did much the same things as humans when they met new neighbors.

Ancient human DNA tells us that early farmers from what is now Turkey moved north and west to Europe about 8,000 years ago, taking only a few centuries to completely replace the hunter-gatherer populations that were already there. .

“It’s not clear how these movements happened — through disease or through violence, or through some biased intermarriage process — but what genetics shows unequivocally is that these changes took place, and far more dramatically than any archaeologists had ever imagined. expected,” said Rijk back in 2018.

And DNA from ancient European dogs tells us that very similar things happened between the dogs of the Neolithic newcomers and the ones (like the 11,000-year-old Swedish dog mentioned above) who were already there. In general, dogs found at archaeological sites in northern and western Europe have more eastern and less Levantine ancestry than dogs found in the south and east — and vice versa.

Some dogs were on a leash for a very long time

The stories of dogs and humans are similar, at least broadly. But Bergstrom and his colleagues found a few points where the dog story seemed “disconnected” from ours. Those differences are likely due to disease, trade, preferences for certain dog species, or people moving to a new place without taking the dogs with them (which sounds awful, frankly). These “disconnected” population histories can tell us how dogs fit into ancient human societies.

A few thousand years after the Neolithic takeover of Europe, another group of people moved west from Central Asia. They probably brought dogs with them, such as the 3,800-year-old animal found at an archaeological site in the Russian steppes.

But while the steppe herders added their DNA to the mix that makes up modern European populations, their dogs didn’t seem to mix much with local dogs. Meanwhile, the reverse happened in China. Steppe herders expanded eastward, but modern humans in East Asia don’t carry much of their DNA. However, modern East Asian dogs get quite a bit from their ancestry from dogs like the 3,800-year-old Srubnaya dog.

“Maybe sometimes there is also an element of chance in these processes, so that if we could repeat the tie of human history many times, the outcome for dogs wouldn’t always be the same,” Bergstrom told Ars.

Old dogs and new ones taken

Part of the reason the early years of dog domestication are so vague (I’m not sorry) is that ancient canine DNA was quite scarce. Until the recent study, scientists had published only six prehistoric genomes of dogs and wolves. In case you’re keeping score, we’ve had more Neanderthal genomes than prehistoric dog genomes so far.

“Old DNA is still a young field, and for most animals, there haven’t been many whole-genus studies yet,” Bergstrom told Ars. For him and his colleagues to add 27 ancient dog genomes to that list, it took an international effort from archaeologists and museum curators. The employees found ancient dog remains in museum and university collections and on lists of material excavated from archaeological sites.

According to Bergstrom, older dog genomes, along with more archaeological evidence about how dogs fit into ancient cultures and economies, could help us understand the origins of dogs and the parts of our shared history that seem to make sense.

Perhaps one day we’ll even learn the answer to the most pressing question of all, “Who’s a good dog?”