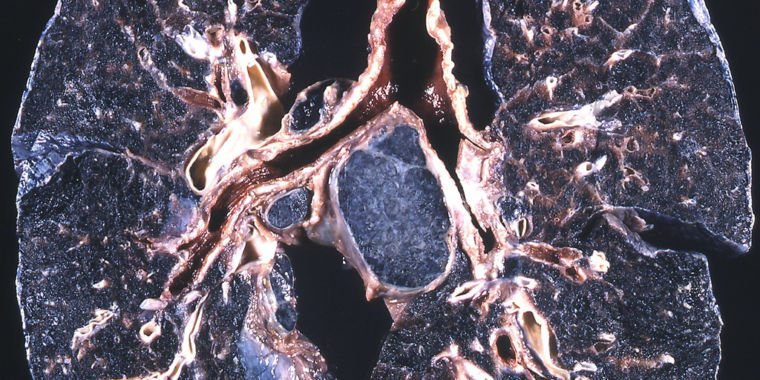 An epidemic of severe and rapidly progressive black lung disease is emerging among Appalachian miners. Case counts from just three clinics in the region reveal the highest levels of disease doctors have ever reported, according to a study published in JAMA this week.

Between January 2013 and February 2017, researchers at the National Institute for Occupational Safety and Health documented 416 miners with the condition. Prior to the discovery, researchers largely thought black lung cases were a thing of the past. Diagnoses have been rare since the late 1990s

The clinics, run by Stone Mountain Health Services, would see an average of five to seven cases a year, Ron Carson, who leads Stone Mountain’s black lung program, told NPR. Now the clinics are seeing so much in two weeks, he said. And in the past year, they’ve diagnosed 154 cases.

“That’s an indication that it’s not slowing down,” Carson said. “We’re seeing something we haven’t seen before.”

In the study, co-authored by Carson, researchers also noted that the disease is more severe than in the past. Many of those diagnosed had worked in the mines for less than 20 years but had serious, rapidly progressing illness. “Miners die at a much younger age,” Carson said.

According to a study by NPR, the skyrocketing numbers of cases and the increasing severity of the disease may be due to longer shifts and the mining of thinner strips of coal, which can create more dust.

Black lung is caused by exposure to coal dust. The dust accumulates in the lungs and causes inflammation, fibrosis and eventual tissue death. The disease is fatal and can only be cured with a lung transplant.

In 2016, new federal protections for miners were fully implemented. These include reductions in allowable dust levels and improved dust monitoring. The authors of the new study note that they will need more case surveillance in the future to determine if this protection is effective.