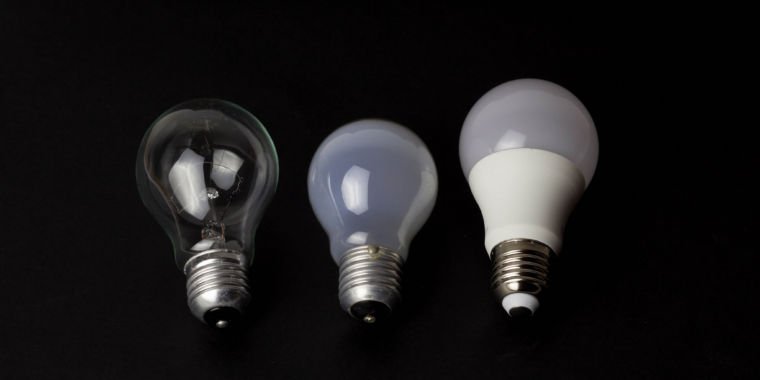 Some people have the wrong idea that the only way to solve climate change is to go back to a Stone Age lifestyle – perhaps Bronze Age if we’re careful. While that’s not true, describing the necessary changes to our energy system might lead you to suspect that we need a total moonshot — or several.

There is even criticism as to whether the scenarios limiting global warming to 2°C are plausible, as they rely on large-scale active removal of CO2 from the atmosphere. But an interesting new scenario published this week shows that even greater climate progress can be achieved without a single carbon capture facility, while improving global living standards. The key to the new plan is efficiency.

The 2015 Paris Agreement reaffirmed the international intention to limit global warming to 2°C and added a new target to stay below 1.5°C. But it is becoming increasingly unlikely that this will be achieved without a drastic change in emissions trends. While improving efficiency has always been an important part of the puzzle, a study led by Arnulf Grubler of the International Institute for Applied Systems Analysis shows just how far you can go if you really dig into what it means to be efficient. Their answer is that it can reach 1.5°C.

Standard of living up, energy down

This is what this idealized, smarter, more efficient world would look like in 2050: the general themes are electrification of everything possible, more renewable energy (including more small-scale systems such as solar panels for the home), much less energy waste through appliances and houses, the expanding the sharing economy and continuing to go digital. You may not realize it, but most of the energy is lost as waste heat before it can do anything we care about. Between minimizing the losses and extracting more value from the end products, huge reductions in total energy consumption are possible.

The researchers emphasize that this scenario leads to comparable or improved living standards compared to scenarios with higher emissions. They also focus on accelerating trends we’ve already seen, rather than more speculative changes in energy use. For example, the global average amount of living space per person is rising to the current average in the Northern Hemisphere, which represents huge progress in the South, but efficient construction and renovation drives down the total energy consumption in the home.

Access to consumer devices and appliances is increasing around the world, but efficiency gains are lowering overall energy consumption. Here, the researchers highlight an interesting way of looking at smartphones — as incredibly efficient replacements for a range of devices. A suitable phone can be a camera, radio, alarm clock, GPS navigator and even TV. That means you can buy and operate a phone instead of of all those things, access to the same lifestyle with a fraction of the energy consumption.

In the transport sector, the scenario sees a widespread move to electric vehicles, an increase in public transport and other forms of “shared mobility” (think your favorite ride-sharing app), and some replacement of virtual presence with travel. Again, access to transportation is improving a bit in the Northern Hemisphere and a lot in the Southern Hemisphere, but overall energy is shrinking.

Industry is also becoming more efficient, consuming about 20 percent less energy than it does today. That’s largely due to the reduction of waste and losses, but there’s another notable trend: the demand for raw materials is falling because we’re getting a little more value out of every single thing we produce.

Finally, the food supply will improve even if the world population grows by 20 percent. One of the forms of CO2 removal relied on in other scenarios is the cultivation of biofuel crops to be burned in plants that contain the CO. catch2 emissions and injecting it into the ground. However, growing biofuel crops competes with food crops for land, so excluding biofuels makes it easier to grow enough food. In this scenario, even part of cropland can be reforested, which in turn produces some CO . deletes2 from the atmosphere.

By going this far, global energy consumption will be reduced in aggregate to just 60 percent of what we use today. It’s much easier to dump coal and build renewables to meet that number. As a result, greenhouse gas emissions fall fast enough in this scenario to put us on track for a warming of about 1.5°C, which is much better than the three plus degrees that current emissions promises would give us. In addition to improved access to many services and reduced climate impacts, that model obviously offers significant environmental health benefits, such as improved air quality.

There are certainly potential roadblocks to that rosy outcome. A car with lower fuel consumption, for example, can often make a person drive more because they have leftover gas. It’s a water-trapping conundrum known as the “rebound effect,” which the researchers acknowledge could compromise their results. But they point out that demand for many things could be close to peaking, citing declining electricity usage per person in California and a lower percentage of younger Americans getting driver’s licenses. They also note that we are not completely powerless over the rebound effect: For example, governments can apply tax policies that affect demand.

Nor is there any insight into the economic consequences of a more efficient world. More efficient use (including sharing) of products is likely to hurt manufacturers’ revenues unless they can adapt their business model. And lower demand for raw materials would affect prices and the extractive industries. It’s not clear how all of these trends would shake out.

Basically, though, this study shows that striving for a smarter, more efficient world has the potential to write a story with a much happier ending than some of the other concepts we’ve seen. The standard of living that many people currently enjoy can be sustained with significantly less energy than we currently feed it, making it significantly more sustainable.