Do you want to minimize the carbon footprint of your home? Go solar, forget about the battery | Techilink 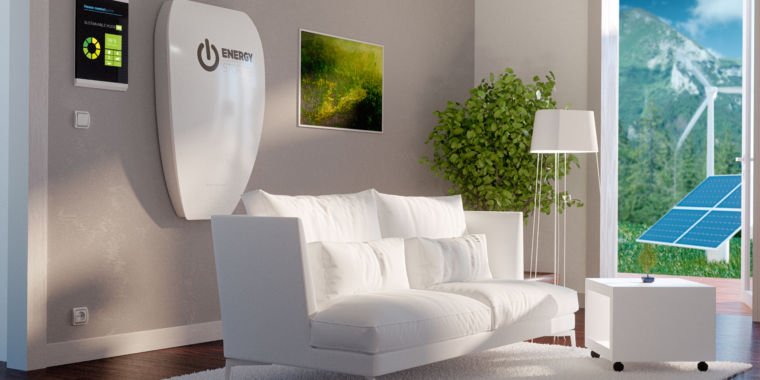 But a new study published in Nature Energy of University of Texas researchers Robert L. Fares and Michael E. Webber suggest that people purchasing home batteries should carefully consider their motivation for the purchase. For homes that remain grid-connected, batteries can increase annual energy consumption for a household with 324–591 kWh. Depending on the region in which a house is located, using more power can lead to higher CO2 emissions.

Instead, the researchers conclude, homeowners who want to help reduce emissions as much as possible should buy solar panels and feed that power back into the grid, at least in most markets.

Of course, some people want batteries for reasons other than reducing emissions, such as preparing for grid outages or going completely off-grid with solar panels and multiple batteries, for example. Fares and Webber didn’t look at those use cases, but they focused on the primary value proposition for customers who are already grid-connected, i.e. reducing but not disconnecting from the grid on a daily basis.

The researchers considered two different styles of battery operation in their study: a “target zero” battery whose software has no predictive capabilities and simply tries to reduce a home’s interaction with the power grid at all times, as well as a “current minimalize”. “battery that can predict future levels of electricity demand and solar generation and schedule its operation to minimize net power demand over the course of the day. A “target zero” battery charges only on solar energy, while a “minimize power” battery from the solar panels or the grid. In other words, “‘target zero’ prioritizes being as independent as possible during the current minute, while ‘minimum power’ prioritizes being as independent as possible throughout the day”, explains the newspaper.

The study found that with a “target zero” battery, peak electricity demand decreased by eight percent, but average annual energy consumption increased by eight percent. With a “minimize power” battery, peak demand dropped 32 percent, but annual energy use increased 14 percent. The increase in energy consumption comes from batteries drawing power during charging and discharging, as well as losses caused by inverters and thermal control systems used in the battery. In a blog post on Scientific Americanwrites Fares that “about 15 percent of the energy that goes into an advanced battery system is lost to inefficiency.”

The researchers looked specifically at the energy use of 99 homes in Texas and concluded that adding a 3.3 kW, 7 kWh battery for daily cycling would indirectly increase emissions by 153-303 kg of carbon dioxide (CO2), 0.03–0.20 kg sulfur dioxide (SO2), and 0.04–0.26 kg of nitrous oxide (NOX) annual. For context, the average family of four in Austin, Texas is indirectly responsible for about 1,000 kg of CO2 emissions per year, according to the EPA’s Carbon Footprint Calculator.

That increased battery energy consumption translates into increased utility emissions, due in part to the fact that the batteries have a time shift demand for energy. “The change in grid emissions from the addition of energy storage for home batteries is caused by two separate factors: the additional energy use required to cover storage inefficiencies, and the fact that storage shifts the demand for electricity over time, and changes which generators are used to provide energy that is not generated by solar panels on the roof.” Fares and Webber looked at marginal emission factors from Texas’s power system, which relies primarily on fossil fuels, to estimate the additional emissions caused by home batteries, which might be assumed to be smaller in a grid with lower greenhouse gas emissions.

One interesting thing the researchers noticed was that their models — specifically for the “minimize power” batteries — reduced the magnitude of power flows from rooftop solar to the grid and reduced the need for new generating capacity to meet peak demand. comply. So while overall electricity demand could be higher, utilities could experience less strain on the grid. That suggests utilities could see reason to encourage home energy storage.