Do you want to be more creative? Playing Minecraft can help, new study finds |Techilink 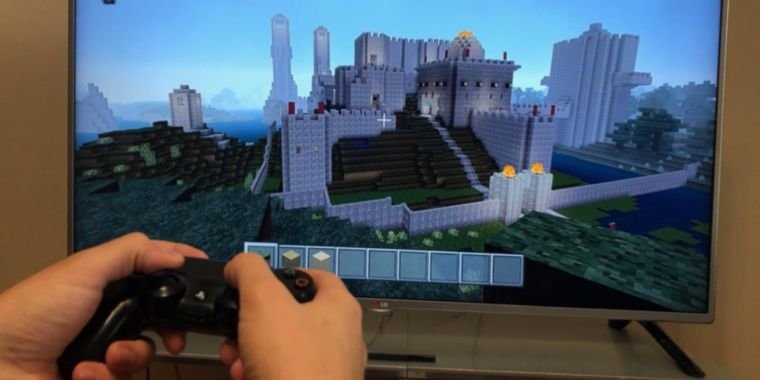 Minecraft is one of the most popular computer games, having sold more than 100 million copies since its release in 2011. Claims that it boosts creativity has been circulating for several years, and now there’s a bit of scientific evidence to back up that claim, according to the results of a new study published in Creativity Research Journal.

Co-author Douglas Gentile is a psychologist at Iowa State University. His specialty is studying the influence of the media on children, including video games, television, film, music and even advertising. That includes both positive and negative effects, from video game addiction and a possible link between media violence and aggression, to how playing certain games can improve surgeons’ skills.

“The literature looks like it’s contradictory when it really isn’t,” Gentile said. “There are studies that show that games increase aggression, and others that show that it can increase prosocial behavior. On the outside it looks like they should be good or bad, but that’s not really how the world works. This dichotomous way of thinking suggests We’re not able to actually see what’s going on because we pick one idea and then apply it to everything.”

Gentile’s co-author and graduate student, Jorge Blanco-Herrera, is a former pro gamer who has found the alleged link between playing Minecraft and creativity for his master’s thesis. Minecraft is technically a sandbox video game, meaning that players don’t get a specific backstory, prepared quest, or much direction at all. They are free to use the play space as they please, using the game’s tools and blocks to build just about anything from a simple shack to a high-rise hotel, a simple truck or a working TV. Someone just copied a Bob Ross painting in Minecraft† Gentile compares it to a virtual Lego world.

“Given what we know about how games can have powerful effects on other dimensions, that’s not an unreasonable claim; it just hasn’t been tested,” Gentile said, although there could be internal Microsoft research on the subject. Yet that claim is often cited as an argument for bringing computer games into schools. “That seems reckless to me, that in schools we make policy decisions based on a claim that has no real scientific evidence,” he said.

For their studies, Gentile et al. recruited 352 volunteers and let them either play for 40 minutes Minecraftplay a NASCAR race car video game or watch a TV show (crocodile hunter† Some of the topics at play Minecraft were “primed”, meaning they were instructed to play as creatively as possible. The subjects were then asked to complete specific tasks designed to measure their creativity.

It was a challenge to find just the right yardstick to measure something as vague as ‘creativity’. They chose two tasks that are commonly used in such experiments. In one of these, participants were asked to come up with as many uses as possible for a paper clip and a knife, respectively. The second task required subjects to draw an alien from another world; the more the creature resembled a human, the fewer points the subject received for creativity.

The results were most clear with the alien drawing task: subjects who had played Minecraft without any priming performed best. “So the basic idea that Minecraft creativity seems right, at least in some circumstances,” Gentile said. But he was surprised to find that subjects using the staged version of Minecraft, where they were instructed to be creative, did not show the same effect. In fact, they appeared to be the least creative of the four groups, based on the chosen task.

This may be due to additional pressure or self-consciousness from the subjects, or it may indicate a shift in motivation; the group has several possible hypotheses. “We have no way of knowing which is the right one because we didn’t expect that effect,” Gentile said. “We thought those two conditions would be the same, or maybe even the one in which our creativity would be most creative. There seems to be something about the choice of doing it that matters too.”

“As a scientist, I’m just interested in documenting the effects it has. Whether you think it’s good or bad — that’s a value judgment,” Gentile said, pointing out that the military appreciates the heightened aggression effect of some video games, for example. while your average parent probably wouldn’t. “The research is starting to paint a more interesting, nuanced picture. Our results are similar to other gaming research because you get better at what you practice, but how you might practice just as much.”