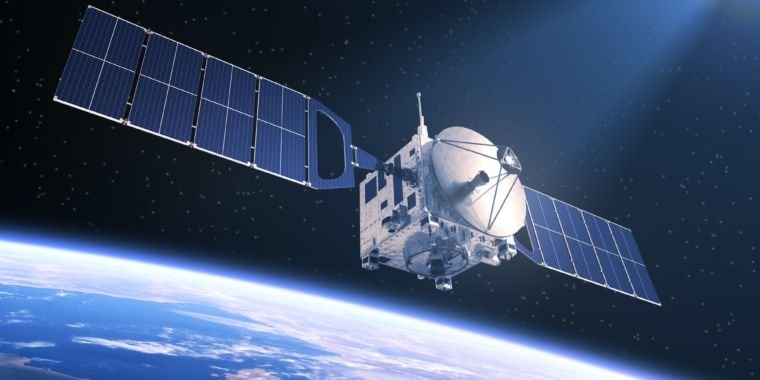 DirecTV struggles to get a broken Boeing satellite out of its default orbit to mitigate the risk of “an accidental explosion.”

As Space News reported today, DirecTV asked the Federal Communications Commission for a waiver of the rules so it can “conduct emergency operations to take the Spaceway-1 satellite out of orbit,” which risks exploding due to damage to batteries. The 15-year-old Boeing 702HP satellite is in geostationary orbit.

AT&T-owned DirecTV is coordinating with Intelsat a plan to launch Spaceway-1 into new orbit. DirecTV has already disabled the satellite’s primary function of providing backup Ka band capacity in Alaska. The satellite can run on the energy reserves of its solar panels, but that won’t be possible during the upcoming eclipse season, DirecTV explained in its FCC filing:

In December, Spaceway-1 suffered a major anomaly that resulted in significant and irreversible thermal damage to its batteries. Boeing, the manufacturer of the spacecraft, concluded based on all available data that there is no guarantee that the cells of the batteries will withstand the pressure needed to support safe operation of the spacecraft in eclipse operations; rather, there is a significant risk that these battery cells could burst. Since payload operations have ended, the spacecraft had enough power margin to avoid using the batteries during sunlight operations. However, using the batteries during the eclipse is unavoidable and there is no way to isolate damaged battery cells. The risk of catastrophic battery failure makes it imperative that Spaceway-1 be completely decommissioned and decommissioned before the start of the eclipse season on February 25.

Not enough time to use up fuel

According to the standard process of removing satellites from their normal orbits, “Spaceway-1 would complete its maneuvers at the end of its life and then discharge any remaining bipropellers before decommissioning the spacecraft,” DirecTV wrote.

But because of the explosion hazard, there is not enough time to exhaust the bipropeller completely. That’s why DirecTV asked for a waiver of the rules.

“A waiver is appropriate in this case because subsidy would not undermine the rule’s purpose, which is to reduce the risk of an accidental explosion,” DirecTV wrote. The exemption “reduces the potential for harm to other geostationary satellite operators,” DirecTV said.

DirecTV said it plans to discharge as much fuel as possible before completing the move, but that “the priority remains to completely dismantle the satellite prior to the start of the spring eclipse season to mitigate the risk of an accidental explosion.” In the time available, DirecTV said that “it will only be able to deplete a nominal portion of Spaceway-1’s approximately 73 kg of bipropellers.” Fully exhausting the bipropellant would take two or three months.

“Delayed de-orbit maneuvers or prolonged propellant depletion strategies are not possible given the increased potential for catastrophic failure of the Spaceway-1 satellite if the damaged battery is charged,” the filing said.

DirecTV and Intelsat are “exploring viable alternatives” to satellite-tracking ground stations “that can maintain a view of the ground as the satellite passes from its current orbit position.”

“In the absence of additional ground station solutions, Spaceway-1 will first need to increase its eastward drift before turning around and completing a near-continuous burn until it reaches its removal orbit,” DirecTV said.

New orbit 300 km above other satellites

DirecTV described its plan as “de-orbiting” and moving the satellite into “orbit for removal,” which would suggest bringing it closer to Earth and burning it up in the atmosphere. But the filing also says the new orbit will be “300km above the geostationary arc,” which would make it a graveyard orbit. Assuming that’s the case, Spaceway-1 would remain indefinitely in orbit well above other geostationary satellites. We have asked AT&T for clarification on this point.

DirecTV asked for a 30-day waiver “starting no later than January 20, 2020,” so it may have already received approval and started the operation, which is expected to last 21 days. We reached out to DirecTV owner AT&T and the FCC this morning about the status of the waiver request and will update this article if we get a response.

DirecTV said no customers were affected by the satellite issue, as it only provided backup capacity. DirecTV said it is “currently exploring plans to move assets into orbit to replace the backup capacity lost from the decommissioning of Spaceway-1.”