Diplomats in Cuba have been attacked, but the weapons are a mystery | Techilink 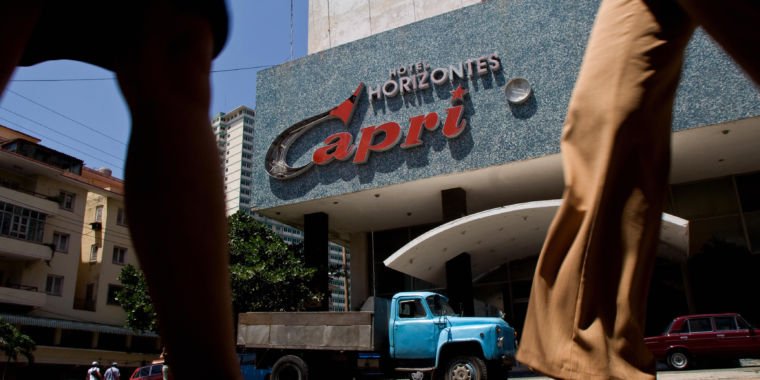 On Tuesday, the State Department confirmed that two more Americans have fallen victim to an ongoing series of mysterious attacks targeting diplomats in Cuba, the Associated Press reports.. The new cases bring the total number of Americans affected by the attacks to 21.

US authorities first acknowledged the attacks in August, about nine months after diplomats began reporting bizarre sonic experiences and a puzzling spectrum of symptoms, from brain injuries to hearing loss. Despite an international investigation into the attacks, which has also affected Canadian diplomats, authorities and scientists are still mystified as to what kind of weapon or devices might have been used, let alone by whom.

The victims report a range of symptoms, including dizziness, nausea, headaches, balance problems, ringing in the ears (tinnitus), nosebleeds, difficulty concentrating and remembering words, permanent hearing loss and speech problems. There have also been brain injuries, including swelling and concussion.

Some said they felt tremors during their attack. Others heard noises, described as a loud, high-pitched chirp like crickets or a jarring grinding sound. Some victims reported waking up in bed with a ringing in their ears – that stopped when they got out of bed. Still, others said they felt and heard nothing before their symptoms started.

Some say they were attacked at home, while others were attacked at the recently renovated Hotel Capri in Havana. The attacks seemed to strike at night, with some saying they came in one-minute bursts.

The combination and severity of injuries have stunned scientists. Sonic devices could be developed that could create a focused beam of sound that could damage a person’s hearing. But such a device would likely be quite large and difficult to hide, the AP reports. And a single nefarious gadget is unlikely to cause the wide range of symptoms that victims report.

“Brain damage and concussion, it’s not possible,” Joseph Pompei, a former MIT researcher and psychoacoustics expert, told the AP. “Someone should be submerging their head in a pool with very powerful ultrasonic transducers.”

In May, US officials expelled two Cuban diplomats in protest at the country’s failure to protect Americans there. But US officials have been cautious about blaming the Cuban government for the attacks. They have left open a range of possibilities, including the involvement of a third country or rogue faction. It is puzzling that Canadian diplomats were also affected, because Canada has maintained friendlier contacts in the country than the US.

“The investigation into all this is still ongoing. It’s an aggressive investigation,” State Department spokeswoman Heather Nauert told the AP on Thursday. “We will continue to do this until we know who or what is responsible for this.”