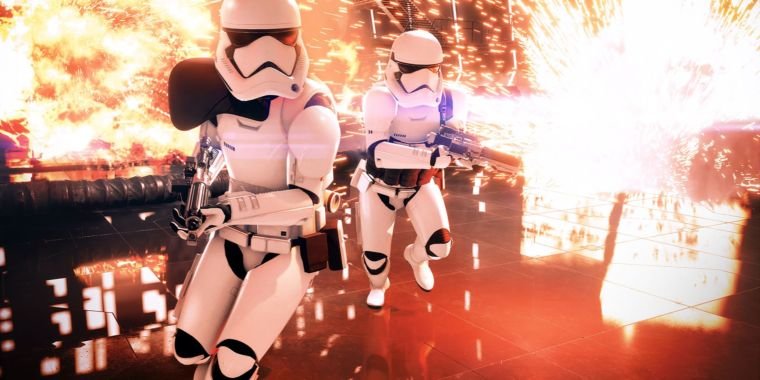 Amid a still-swirling controversy over the alleged “pay-to-win” microtransaction design in Star Wars: Battlefront II— which now includes an EA spokesperson post that became the most downcast comment in Reddit history — game developer DICE yesterday offered three high-ranking designers to participate in an Ask Me Anything Reddit community interview. The overarching message in most of their responses was summed up by a quote from multiplayer producer Paul Keslin: “We’ll be constantly looking at data and making adjustments to make things as balanced as possible.”

For example, executive producer John Wasilczyk said the developers are “constantly looking at the speed at which players unlock Crates and Star Cards and will continue to adjust values ​​to ensure players can achieve their goals without it feeling like a grind.” Design Director Dennis Brannvall added that “if it seems like the craft parts aren’t being released soon enough, we’ll be looking at changes to fix that.”

“We’ll continue to adapt to things that we know aren’t working right as soon as possible,” Keslin said.

EA and DICE have already cut the in-game costs of many unlockable characters and items by 75 percent to reduce the time and money players spend. In the future, Brannvall said he wants “players” [to] have a clearer, more direct path to getting the things you want.” The goal, he said, is that microtransactions “should be there for the player’s choice, but not a requirement to play or succeed in the game. “

Keslin said he now realizes that players “prefer a system where playing a class or character specifically will level up,” rather than “offering cards in a wide variety of classes.”

Even without these changes, Brannvall said the multiplayer matchmaking system should help smooth out some of the apparent benefits players can get from buying items rather than grinding for them. “We take into account not only your gameplay skills, but also inventory and game time when we match players together in multiplayer,” he said. “We look at the results of millions of matches and will continuously rebalance items, unlocks and matchmaking to create a fair, fun experience for all of our players.”

While the trio of developers didn’t have a timeline for any upcoming changes to the game, they left their options wide open about what additional changes might come in the future. “There’s not much in the game that we wouldn’t revisit to improve the game for as many players as possible,” Wasilczyk said. “I’m proud that as developers at DICE we will rethink any mechanic or feature if our players don’t enjoy it and work hard to make it a better version quickly,” Brannvall added.

Statements like this highlight DICE’s welcome openness to monitor and update the game to enjoy it long after launch. But the statements are likely to be disappointing to fans who expect the multiplayer design to be carefully balanced and well-designed from day one. The apparent need for “continuous rebalancing” that can affect “every mechanic or feature” in the game is somewhat standard for online titles these days, but it also shows how early Battlefront II players can expect an experience that still has some kinks to work out.

Brannvall, in particular, immediately expressed disappointment at the initial reaction to the game, which has been dominated by the furore over microtransactions since a trial launched on EA Access last Wednesday (the full game releases Friday). “We were incredibly saddened by the negative reaction from you, the community on Reddit, about the game,” Brannvall said. “In fact, we hated it, really, because we want to make a game that you love. We made a really cool, fun and beautiful game, but it was overshadowed by the progression system issues. We’ll fix this one. “

Keslin emphasized that the DICE team is committed to ongoing communication with players. “Jumping into this AMA is just one of the ways we want to restore the bridge to our players,” he said. “We are committed to continuing this dialogue even as we face harsh feedback.”