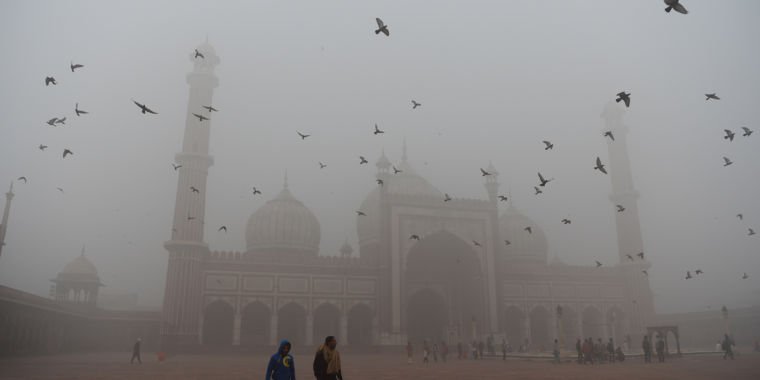 With calm winds, seasonal burns and the usual emissions from vehicles and industries, an extremely thick, toxic fog of pollution has settled on Delhi, leaving residents suffocated and nauseous.

Pollution readings and indices have exceeded charted ranges, blowing past the highest categorized levels called “severe” and hazardous to health. In some parts of the giant metropolitan area, readings of certain pollutants were about 30 times higher than levels considered safe by the World Health Organization. Local journalists reported that the smog causes throat irritation, wheezing, nausea, vomiting and extreme fatigue.

In a series of Facebook videos, Indian Medical Association president Dr. KK Aggarwal, the pollution a ‘public health emergency’. He warned residents to rest “fully,” meaning not to walk or go outside, citing concerns about asthma attacks, lung and heart damage and sudden cardiac arrest. “The pollution levels are very, very, very toxic to the lungs and heart,” he stressed.

Clinical and epidemiological studies over the years have linked air pollution to an increased risk of lung and cardiovascular disease, including stroke, heart disease, lung cancer, asthma and chronic obstructive pulmonary disease, as well as death and low birth weight. In 2015, researchers estimated that outdoor air pollution kills more than six million people a year worldwide.

Smog’s harmfulness stems from the potpourri of toxins it contains, including ozone, sulfur dioxide, nitrogen dioxide and fine particles in the air. The last category includes particles with a diameter of 2.5 microns or less (PM2.5), which are mainly generated by various types of combustion. These particles are of particular concern because they can penetrate deep into the lungs. The smallest fractions can even enter the bloodstream and infiltrate organs such as the brain.

A safe average PM according to WHO air quality guidelines2.5 level over a 24-hour period is 25 micrograms per cubic meter. India’s country-specific air quality index (AQI) takes PM into account2.5 ranges from 0-60 µg/m3 are good to sufficient and those between 251 and 300 µg/m3 be strict. On Thursday, the Indian Institute of Tropical Meteorology reported that the 24-hour mean PM2.5 levels in Delhi reached 640 µg/m3 on Wednesday. But some parts of the city reported higher levels, well into the 800s.

The country’s AQI, which includes measurements of a range of pollutants, including PM2.5— uses a scale of 0 to 500 to represent air quality ratings from ‘good’ to ‘severe’. On Wednesday, Delhi’s AQI rating reached 800 with some areas seeing an AQI of 999.