Decrypted: The last note of Westworld season 1 was a bit inaccurate |Techilink 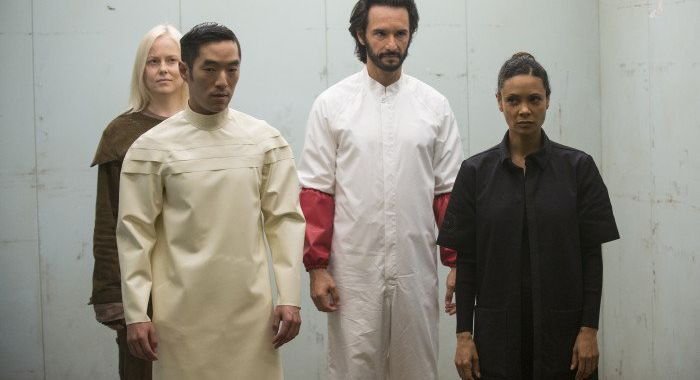 This week on decoded we immersed ourselves in the west world season finale, “The Bicameral Mind.” It was a mixed bag with some great moments and some unfortunate missteps. While most of the plot holes were closed, several of our (anti-)heroes did things that seemed way out of character. What does it all mean?

My guest is Evan Narcisse, culture critic and senior staff writer at io9.com. He also just started a Marvel Comics project you miiiiight know (sorry, I can’t reveal anything under pain of death). Evan is immersed in the culture of gaming and superheroes, so I knew he would have some fantastic insights about this pivotal final installment.

Topics discussed: We don’t care that William and MIB are the same person (seriously, why is this so important); how Maeve’s latest reveal sold her character completely (nor made sense given her past actions); why Bernard why (you were our favorite character and now you’re a blob); the differences between Arnold and Ford’s ideas about consciousness (or lack thereof); WEB Dubois’ idea of ​​dual consciousness (and why it fits right in with robot consciousness in this story); robots and slavery (and some of the not-so-subtle racial subtexts); the problems with Dolores (it’s still not clear why she’s leading the rebellion); and how much we want Felix to be promoted (go Felix go!).

I have analysed, debated and dissected west world every week with a different guest. Now you can go back and listen to all the episodes again or wait for us to dive into the next shows we’ll be obsessed with – things like the vastness and Star Trek: Discovery.

Yes, there are spoilers. Listen when you’re done!

decoded is Ars Technica’s weekly podcast about the TV that obsesses us. We are currently dissecting west world. Listen or subscribe above, and let us know what you think – ideas, questions, or your favorite theory about what’s coming next season – via the comment section, on iTunes or via email.