Deciphered: American gods showed us who really is on Wednesday |Techilink 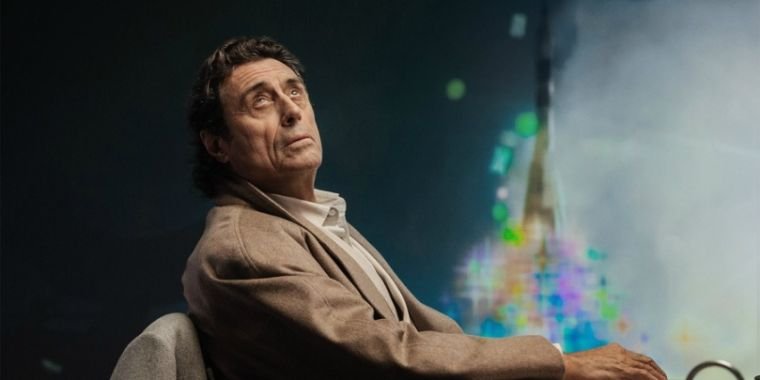 For the weirdest episode of american gods so far this season I was delighted to have a guest on our podcast whose job it is to translate Old Norse, the language of the Vikings. Jackson Crawford teaches Old Norse at UC Berkeley and University of Colorado at Boulder, and he wonderfully explains Norwegian culture and language on his YouTube channel. He went with us to discuss some of the myths behind the gods in this show.

Spoilers ahead and in the podcast! Also: My sincere apologies for the noise in this episode. There were about innumerable technical issues on my end as I shot this on the road, and our engineer Jennifer Hahn worked heroically to fix it. But it still sounds a little echoey in places.

Jackson has also published a modern translation of: The Poetic Edda, an Icelandic saga dedicated to the Viking’s ruling god, Odin. Jackson’s research is particularly relevant to this week’s episode, as we finally learned beyond a shadow of a doubt that Wednesday is Odin (Odin is also known for his many names, such as Grimnir, so it makes sense that he’s nicknamed Mr. Wednesday) . So, who’s Wednesday and what does he want?

We started by talking a little bit about the opening scene in the episode, which neither Jackson nor I could fully figure out. It was certainly about the people crossing the Bering Land Bridge into America, and it was also clearly focused on how gods die if they are not worshipped. But was it also about how gods demand sacrifices? And why did it end with the idea that humans are more important than gods? I think these are questions we need to think about during the episode.

But back to Odin

Then we got into the good stuff, about who Wednesday is, what Shadow could mean to him, and how Old Norse poetry tells the story. Jackson also read several passages from Old Norse poetry about Odin and taught us the Old Norse word for badass (drengr).

Odin is a contradictory figure in Norse myth because he is both the god of knowledge and the god of war. What connects these seemingly opposing goals is his deep desire to survive. He has been told that he will die at Ragnarok and he wants to avoid this fate at all costs.

Odin uses his ravens to gather as much information as possible, basically to outsmart his enemies, hence his status as a knowledge bringer. But if Odin’s information fails, he will also need soldiers to fight for him. So he always starts battles to find and recruit the best warriors. Shadow fits nicely into this model of a fighter that Odin could recruit. At the same time, the Vikings often described Odin as a “shadowy” figure. So there’s something more complicated going on here.

We talked about how Odin/Wednesday fits into the pantheon in american gods, especially in the brewing battle between old and new gods. Jackson pointed out that Wednesday’s battle idea is very different from Mr. World – the old god of war will not be convinced by an offer of nuclear weapons and mass murder. Wednesday is a god from a time of rugged individualists, fighting face-to-face. Nor is he interested in joining a group of gods who want to rule the world with some sort of homogeneous corporate culture.

One of Jackson’s interests is how American frontier culture fits into an Old Norse worldview. We’ve talked a lot about how the US border myth is part of american gods and how it harks back to Viking sensibilities (but also how it doesn’t).

Jackson also described one of Odin’s adventures in the… edda, in which the god sacrifices himself to himself. Call it a symbolic sacrifice or a meta-sacrifice. It’s a fantastically interesting idea, and I think it’s american gods story. We didn’t get into Laura’s storyline, but I think that’s an interesting place to start.

Again, my apologies for the muddy sound in some parts of this episode. If you’d like to hear more of Jackson reading Old Norse, deciphering runes, or talking about Icelandic grammar, check out his YouTube channel.

decoded is Ars Technica’s weekly podcast about the TV that obsesses us. We are currently dissecting american gods. Listen or subscribe above and let us know what you think – thoughts, questions, or your favorite theory about who Mr. World is real – via the comments section, on iTunes or via email.