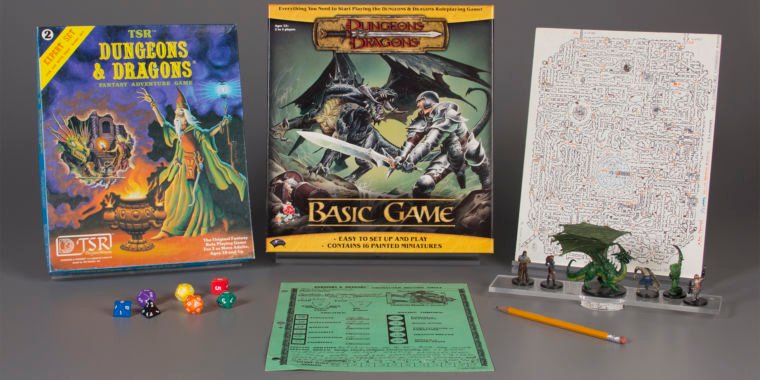 For more than four decades, those looking for a bit of fun escapism have come to Dungeons and Dragonsthe tabletop role-playing game first published in 1974. The game, currently in its fifth edition, has had a major influence on countless other tabletop games and video games, and this year The Strong National Museum of Play in Rochester, New York, has recognized its contributions by inducting it into its Toy Hall of Fame.

“More than any other game, Dungeons and Dragons paved the way for older children and adults to experience imaginative play,” says museum curator Nic Ricketts. “It was groundbreaking. And it opened the door to other types of table games that borrow much of its unique mechanics. But most importantly, Dungeons and Dragons’ mechanics lent themselves to computer applications, and it had a direct impact on hugely successful electronic games like World of Warcraft.”

D&D was inducted alongside Fisher-Price’s Little People toddler toys and the swing (yes, like in the swing). The three new inductees were chosen from a list of 12 finalists and defeated Nerf, the coloring book, Transformers, the card game unoand Rock ‘Em Sock ‘Em Robots, just to name a few.

D&D joins a small but instantly recognizable list of inductees, including the Frisbee, the Barbie doll, Lego, the teddy bear, Play-doh, Nintendo’s Game Boy, and the Atari 2600.