Critical thinking is one for the history books | Techilink 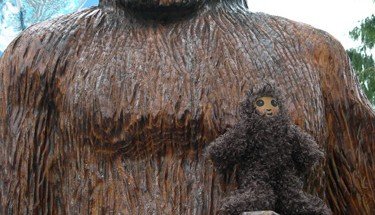 The world as a whole has become increasingly dependent on science to provide its technology and inform its policies. But rampant conspiracy theories, fake news and pseudoscience like homeopathy show that the world could use a little more organized skepticism that is the foundation of science. For that reason, it has often been suggested that a comprehensive science education program would help reduce acceptance of nonsense.

But a study conducted with students at North Carolina State University suggests that a class on scientific research methods doesn’t do much good. Instead, a class devoted to critical analysis of archeology bullshit was much more effective in getting students to reject a variety of pseudoscience and conspiracy theories. And it worked even better when the students got their own debunking project.

The study, conducted by Anne Collins McLaughlin and Alicia McGill, lumps together beliefs in astrology, conspiracy theories and ancient aliens, calling them “epistemically baseless.” Surveys show that they are very popular; nearly half of the American population thinks astrology is somewhat or highly scientific, and the number has risen over time.

You’d think education, especially in the sciences, could help reverse this trend, but McLaughlin and McGill have some depressing news for you. Rejecting epistemic unfounded ideas doesn’t correlate with scientific knowledge, and college students have as much trouble coming to grips with reality as anyone else.

Rather than hoping that general exposure to academia would provide critical thinking skills, the authors took matters into their own hands and designed a course that used history and archeology to address a variety of epistemically baseless ideas that had been floating around for some time. critically analyze: the existence of Sasquatch, the Bermuda Triangle, mummy curses, the lost continent of Atlantis, ancient aliens and more. These were all treated critically, with an emphasis on evidence, credibility of sources, and so on.

The course was so popular that McGill eventually ran both regular and honorable versions of it, with the honorable group conducting an independent analysis of a local legend, the Brown Mountain Lights. For a control, the authors used a class that is supposed to implicitly teach critical analysis: research methods in psychology. Students in each of these classes were initially given a survey that reflected their scientific knowledge, and were then questioned about a variety of pseudosciences and conspiracies.

(In addition to the topics covered in class, the questions touched on a variety of unwarranted beliefs: the Earth is 6,000 years old, the number 13 signifies bad luck, astrology, alternative medicine, crop circles, the Illuminati, and the moon landing as a hoax. )

At the beginning of the semester, there was no difference in the level of epistemic unfounded belief in the three classes. There was also no correlation between common scientific knowledge and these unfounded beliefs.

At the end of the semester, however, things were very different. Those who went through the research methods course showed no change in their level of unwarranted beliefs. While this undoubtedly included some techniques that could help identify these beliefs, there is no evidence that the students applied them without explicit instructions to do so.

The students taking the history/archaeology course, on the other hand, were forced to critically analyze the topics covered. And, in fact, belief in those subjects dropped toward the end of the semester and dropped even more dramatically in the honors version of the course. More importantly, the students also believed less in subjects that were not covered in class. Honors students again showed a greater effect. It’s not clear if the students in the honors class benefited from the project portion of the class or if the greater effect was simply because they were better performers.

Not particularly surprisingly, it would be more effective to teach critical analysis in the context of topics that have held public interest for decades than to do the same in a specialized class for science majors. But it’s important to remember that this was a small study, and it would be good to repeat it over several years at different universities and perhaps with different control classes. Still, the authors point out, these students had lower levels of uncritical faith than the general population, and yet the level dropped even further after class. So there is a chance that we will see an even stronger impact on the general student population.

But professors may want to be careful about doing this too broadly, as there is some indication that it makes students real pains. After completing the course, one of them told the instructors, “I catch myself questioning what my professors say when they use false dichotomies, circular reasoning, or questionable sources.”