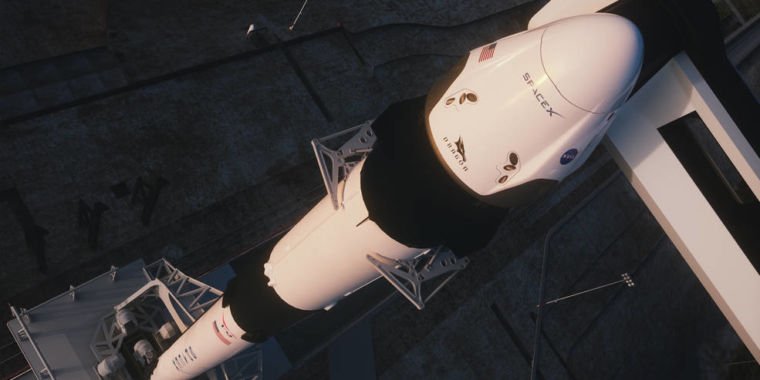 Over the weekend, SpaceX conducted a static fire test of the Falcon 9 rocket that will launch its Crew Dragon during a key test next Saturday. The company is aiming for the top of a four-hour launch window, which opens at 8 a.m. ET (13:00 UTC), to conduct its in-flight abort test.

During the test, the Falcon 9 will launch a Crew Dragon spacecraft. Then, at an altitude of approximately 13 miles, when the launch vehicle reaches a critical speed, Dragon’s SuperDraco thrusters will ignite for a few seconds to pull the capsule away from the missile – a simulation of escaping from a missile emergency.

The test is a critical one. An accident involving the SuperDraco system destroyed a Crew Dragon spacecraft test in April, and the company and NASA have since said they have identified the root of the problem. About 100 milliseconds prior to the ignition of Crew Dragon’s eight SuperDraco thrusters, a leaking component caused about one cup of liquid oxidizer (nitrogen tetroxide, or NTO) to go into the wrong fuel tank lines. The company has implemented a solution. Saturday’s flight will also showcase the newer parachute system that will bring Dragon back to the ocean safely.

Should SpaceX successfully complete this flight, it will be much closer to launching astronauts Doug Hurley and Bob Behnken on the vehicle’s first manned mission. The date of that flight, which could come this spring, will be set after NASA reviews data from this in-flight abort test and other tests conducted by the California-based company.

As for the Falcon 9 rocket used for this mission, the first stage has already flown three missions. It is the first-ever Block 5 version of the Falcon 9 rocket that SpaceX has built and launched, with missions in May, August and December 2018. It will likely disintegrate during Dragon’s energetic escape and will not be recovered. This breakup can occur shortly after the Dragon separation or upon reentry from the upper atmosphere. The second stage will be fully fueled, but since it will not be used in flight it will have a mass simulator instead of a real Merlin vacuum rocket engine.