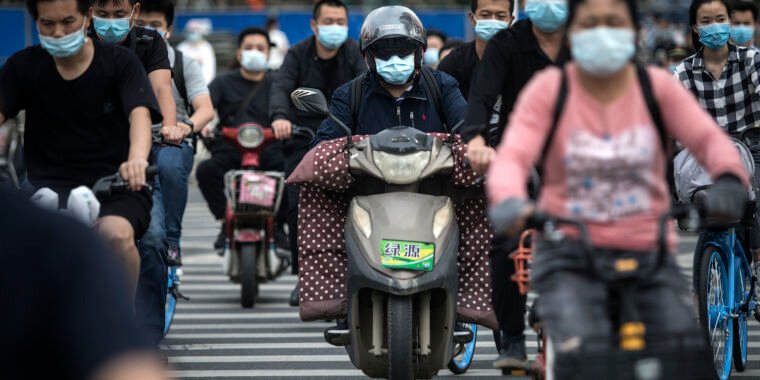 The World Health Organization called for continued vigilance on Monday as several areas that have eased lockdown restrictions have begun to see an uptick in COVID-19 cases — and the United States is also beginning to untie.

The Chinese city of Wuhan — where the pandemic began last December — saw its first cluster of cases in at least a month. The city reopened in early April.

The cluster was only six cases: an 89-year-old symptomatic male and five asymptomatic cases. All infected persons lived in the same residential community. However, it was enough to terrify government officials.

Emily Feng of NPR reported from Beijing that “the emergence of such hard-to-detect asymptomatic cases has alarmed public health authorities in China, who have stepped up contact tracing and testing efforts.”

Chinese state media announced on Tuesday that it has ordered all residents of Wuhan – about 11 million people – to be tested within the next 10 days.

Likewise, the mayor of Seoul closed bars and restaurants over the weekend — just days after South Korea eased restrictions and allowed businesses to reopen — due to a spike of 86 new COVID-19 cases. Authorities identified a 29-year-old who frequented five nightclubs and a bar while infected with the virus, causing an outbreak of at least 54 cases, according to NPR. The uptick also led South Korean officials to delay the reopening of schools.

“Lifting lockdowns is both complex and difficult,” said WHO Director-General Tedros Adhanom Ghebreyesus, who was identified by Dr. Tedros goes, Monday. What is happening in these places are “signs of the challenges ahead”.

“Fortunately, all three countries have systems in place to detect and respond to a flare-up in cases,” he added.

While many parts of the US are starting to reopen, it’s unclear if the country has those systems in place to handle the resurgence. At a Senate hearing earlier Tuesday, Dr. Anthony Fauci, the nation’s leading infectious disease expert and director of the National Institute of Allergy and Infectious Diseases, told Congress that a resurgence “will definitely happen” after we reopen.

“If you don’t respond appropriately, we have the damaging effect of more infections and more deaths,” he said.