Could lab-developed algae help save some corals from bleaching? | Techilink 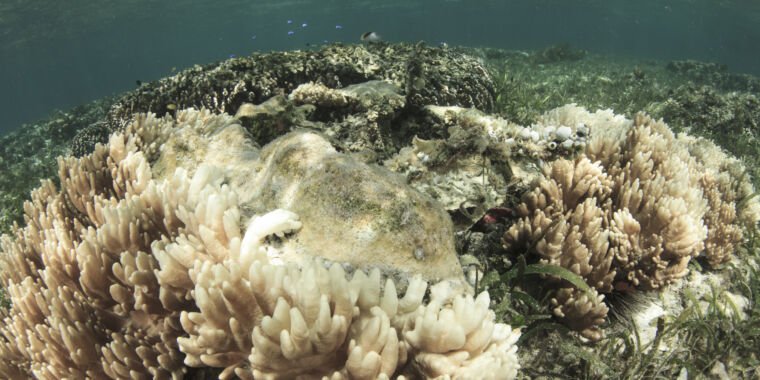 The prospects for coral reefs in our warming world are really bleak. The latest IPCC report states that more than 99 percent of coral reefs are likely to be lost if the world warms by 2°C — a level we are still on track to exceed. The Great Barrier Reef has given us a preview of this future in recent years, with bleaching due to heat waves at sea in 2016, 2017, and 2020.

Claims about small-scale conservation measures such as creating artificial reef habitats or coral-safe sunscreen often appear with descriptions ranging from hopeful to breathless. But the reality is that these things are diminished in importance by the real problem: climate change.

Still, a team led by Patrick Buerger of CSIRO wondered if there was a way to help, at least to some extent, by breeding heat-tolerant strains of the corals’ symbionts. And the good news is, there may be.

Corals are colonies of individual invertebrates that harbor symbiotic algae that produce food for the corals. The corals “bleach” at high temperatures because they are forced to spit out the algae, which brings their color with them. The reason the corals are at risk of starvation is that the biology of the algae gets confused at those temperatures. So the heat tolerance of the coral ultimately depends on the heat tolerance of the algae.

Algae have fairly short generation times, so it’s tempting to think that directed evolution in a lab setting could result in sturdier strains of algae ahead of global warming. But this had been tried before, and corals with the experimental algae didn’t fare any better unfortunately.

This time, the researchers took more pictures, developing 10 species at once instead of just one. Starting with a wild species, they bred two populations in comfortable 27°C water and placed 10 populations in the groundbreaking 31°C water. They kept the specimens there for four years, enough time for 120 (asexual) generations.

For the test, all algae were first brought to 27°C for six weeks (to put all strains on an equal footing) before all were brought to 31°C for three weeks. The 10 warm water strains showed a 66 percent increase in somatic cell count during the higher temperature period, with stable numbers for biochemical statistics. The other two strains saw cell counts drop nearly 80 percent in the warmer water, with clear biochemical signs of distress. So it is clear that the experimental species have undergone some heat tolerance adjustments over the past four years.

But the next phase of the test was the most important: getting them into coral hosts for a week and setting the thermostat to 31°C. Many of the 10 experimental strains did not help, but three did. Those three species continued to grow and multiply, while all the others declined to varying degrees, causing a degree of bleaching.

Some measurements of gene activity in the experiment provide clues as to why only some of the experimental strains worked. The three winners looked like their conversion of CO . to have raised2 converted to organic carbon – a process typically severely affected by heat stress. So it may be that a more robust conversion process will keep them rippling as the water gets hot and in some way help their coral hosts in particular.

This is an encouraging result that suggests it could be possible to release heat-tolerant algae into reefs, allowing corals to survive to slightly higher temperatures. But there are huge caveats to be made. The researchers note that they don’t know whether those species would do that preserve their heat tolerant properties when released into the wild. Likewise, it’s not clear how effectively these algae would spread.

Even the repeated severe bleaching events we’ve seen in recent years involved high temperatures only for a short period of the year. The rest of the year should be milder temperatures. Would the adaptations of these lab-developed species fade in relaxed conditions? And would they grow into a large enough population to matter when the heat waves came? Those are open questions.

But still, it’s at least possible that the species could have that some benefit. “Coral stock with enhanced climate resilience,” the researchers write, “offers the potential to help corals cope with climate change until global warming stops.” Provided that the heating stops very quickly.