Coronavirus and cats: do you need social distancing from Fluffy? | Techilink 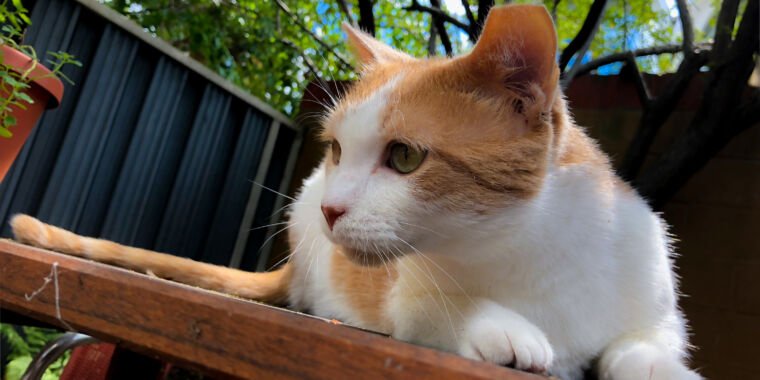 Domestic cats can contract the SARS-CoV-2 coronavirus, and if kept nearby, they can infect other cats. That’s according to a letter published this week in the New England Journal of Medicine. In the study, conducted by a team of virologists led by Professor Yoshihiro Kawaoka of the University of Wisconsin, three young domestic cats were infected with the SARS-CoV-2 virus, and one day later they were each placed in close proximity to a -infected cat. cat. Within five days, all three previously uninfected cats also tested positive for the virus.

This is not the first report of feline infection with SARS-CoV-2. In early April, a Chinese study published in Science found that ferrets (which are used in respiratory disease research) and cats — but not dogs, pigs, chickens or ducks — can be infected with the new coronavirus and cats can become infected through air transmission. . A week later, the US Centers for Disease Control and Prevention confirmed two cases of domestic cats that tested positive for SARS-CoV-2. And by the end of April, eight big cats at the Bronx Zoo (a mix of tigers and lions) had also become infected.

It is difficult to get an exact count of domestic cats in the US and whether or not they have more dogs. Even if felines are just the second most popular American pet, this news is sure to spark some pulses. But there are plenty of reasons to keep calm.

In the Wisconsin study, none of the cats showed any symptoms of infection even 24 days after the initial inoculation. And while both cats in the earlier CDC report were symptomatic, they showed mild respiratory disease and both were expected to make a full recovery. Similarly, some of the infected lions and tigers developed a cough, but the zoo said they all “behaved normally, ate well” and their coughing was “greatly reduced.” So it seems unlikely, based on the evidence to date, that an infected cat will develop serious human-like COVID-19 disease.

What’s more, while cats can become infected and then release the virus in saliva, they don’t appear to be super contagious. In the April CDC report, one cat was likely infected by its human (who tested positive before the cat developed symptoms itself), and a second cat in that household remained uninfected. In the other household with a cat that tested positive, none of the people got sick with COVID-19. And Stat News reports that in the Wisconsin study, cats kept in cages 1 foot away from the infected cat cages also didn’t test positive.

What should you do with your cat?

The best thing you can do to protect your cat from the coronavirus is also the best thing you can do to protect yourself: keep them indoors and away from other animals and people. Unlike dogs, many domestic cats are allowed to roam freely and some of these cats spend time in multiple households. This practice was increasingly seen as unwise pre-COVID-19, both for the feline — indoor-only cats have a much longer lifespan — and for local bird populations. It seems even less defensible now.

If you and your cat(s) are now both living indoors and you’re not symptomatic or infected, both the CDC and academic researchers say there’s no reason not to keep cuddling the little fur ball. If you’ve tested positive or are symptomatic, limit your interactions with your cat(s), just as you would with other members of your household. “Cats are still much more likely to get COVID-19 from you than you are to get it from a cat,” said Keith Poulsen, director of the Wisconsin Veterinary Diagnostic Laboratory. The CDC recommends that people who are sick with COVID-19 wear cloth face coverings and wash their hands before and after interacting with a pet if there is no uninfected person to feed or care for it.

What you absolutely must not do is take revenge on cats you see in your neighborhood. There is “no justification for taking action against companion animals that could endanger their welfare,” Kawaoka said.