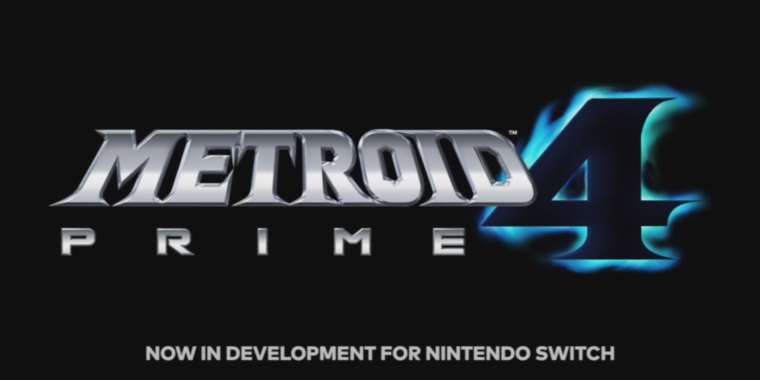 LOS ANGELES—During a livestreamed presentation on Tuesday morning, Nintendo announced a “core Pokemon RPG” title, as well as an in-development sequel to the Metroid Prime series, both for Nintendo Switch.

The Pokemon RPG developed by Game Freak “may not be out in more than a year, but we hope you’re looking forward to it anyway,” Pokemon Company’s Tsunekazu Ishihara said in the stream. “What kind of Pokemon game can we play on Nintendo Switch? I’m looking forward to trying it myself,” added Nintendo’s Shinya Takahashi. The company gave no further information.

In front of Metroid Prime 4, Nintendo has not provided any information other than a logo on a black background and the fact that it is “currently in development for Nintendo Switch”. That fact alone is sure to excite fans who have been pushing for a continuation of a series that has been going on since the Wii release of Metroid Prime 3 in 2007. However, the lack of even an in-development screenshot suggests the sequel won’t be available for a while. A quick look at the social media accounts of earlier series developer Retro Studios offers no indication yet that the co-creators of the series are returning for this one.

[Update: Nintendo of America Marketing Chief Bill Trinen confirmed on stream that Retro Studios is not working on Metroid Prime 4. Instead, Nintendo producer Kensuke Tanabe, who produced the first Metroid Prime, will oversee the project with his own team. Tanabe also worked on Metroid Prime: Federation Force and Paper Mario: Color Splash]

We’ll be covering more of Nintendo’s announcements, as well as hands-on impressions of the games the company is promoting at this year’s E3, as the show continues this week.