Conditions like those in Neptune cause diamond formation | Techilink 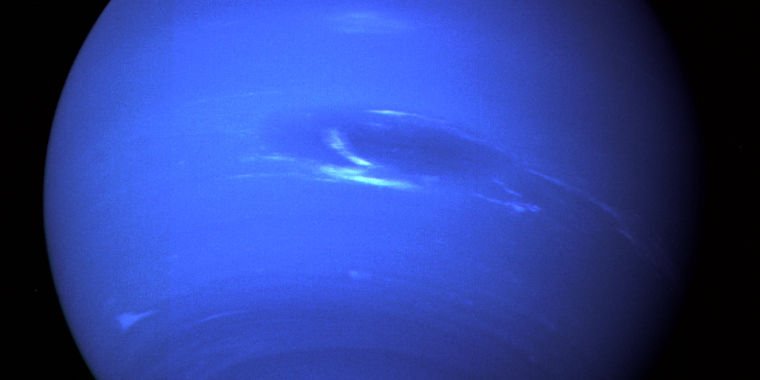 Carbon, oxygen and nitrogen are some of the easiest heavier elements to form through fusion. As a result, they are common in our solar system, usually combining with hydrogen to make ammonia, water and methane. However, in the gas and ice giants of the outer solar system, these chemicals are put under extreme pressure, so the chemistry starts to get a little strange. Will these chemicals survive the crushing insides of these planets?

An intriguing idea is that methane does not survive. As pressure and temperature rise, methane should begin to condense into more complex hydrocarbons. As the pressure continues to increase, calculations indicate that the hydrogen and carbon should separate, causing pure carbon to sink to the depths of these planets. As a result, planets such as Neptune and Uranus are believed to have a layer of pure diamond close to their core.

While some evidence has surfaced over the years supporting this theory, it has been difficult to accurately replicate the temperatures and pressures inside the planets. Now new work at the SLAC X-ray laser facility supports the idea that these planets are full of diamonds. But the work indicates that the diamonds only form at greater depths than we previously thought.

Conditions in places like Neptune have been mimicked in a number of ways. Compressing and heating methane is easy when using lasers or accelerating samples of the gas into collisions. But in imitation, the conditions were rarely just right; when pressures were high enough, temperatures were often unrealistically high. And the relevant conditions only last for a fraction of a second, making it hard to tell which chemicals are being formed.

An alternative is diamond anvil cells, which crush small monsters between two diamonds. Here it is possible to control the temperatures and pressures well. But one of the components of methane – the hydrogen – can diffuse through diamond at the relevant pressure. Removing the hydrogen can unnaturally increase the chance that diamonds can be formed.

A large international research team figured out how to solve all these problems. They used lasers to heat and compress a sample of hydrocarbon (polystyrene) using a two-stage process. The first laser beam would heat and compress the sample, while a second would greatly speed up the compression without raising the temperature as much as previous attempts. This led to conditions similar to what you’d expect to see 10,000 km below Neptune’s surface, or about 40 percent of the way to the core. (That means pressures around 150 Gigapascals and temperatures below 6,000 Kelvin.)

Monitoring what happens under these conditions is why the experiment was conducted at the SLAC facility. SLAC uses an electron accelerator to generate several short, intense pulses of X-rays in rapid succession. This allows the molecular details of a sample to be examined every few nanoseconds using X-ray diffraction. Essentially, you can make a molecular movie of a tiny sample, with frames separated by a fraction of a nanosecond.

In these experiments, the initial laser pulse vaporized the aluminum frame holding the polystyrene, but some signals from the aluminum persisted for about 7.5 nanoseconds. The polystyrene was converted into a compressed hydrocarbon liquid. When the second laser pulse arrived (six nanoseconds after the first), a new signal began to appear: compressed diamond. This lingered until about 10 nanoseconds, after which it began to be replaced by uncompressed diamond, indicating that the compressed sample had bounced back out.

Although it didn’t have time to happen in this sample, the formation of diamond would release hydrogen, which could escape upwards to regions of lower pressure. The diamond would sink down over time, essentially precipitating out of the hydrocarbon soup.

This has a number of important implications for planetary interiors. For starters, diamond layers would not be involved in the kind of convection that carries heat through the liquid and gas layers of these planets. This should mean that more of the initial heat from the gravitational collapse is trapped in the planet’s core. It also means that planets rich in hydrocarbons will undergo a sudden change once they become large enough for diamond formation in the interior, which will change how the planet’s radius grows with its mass.

In addition, the authors note that if you need a nanometer-sized source of diamonds, they know exactly how to make it.