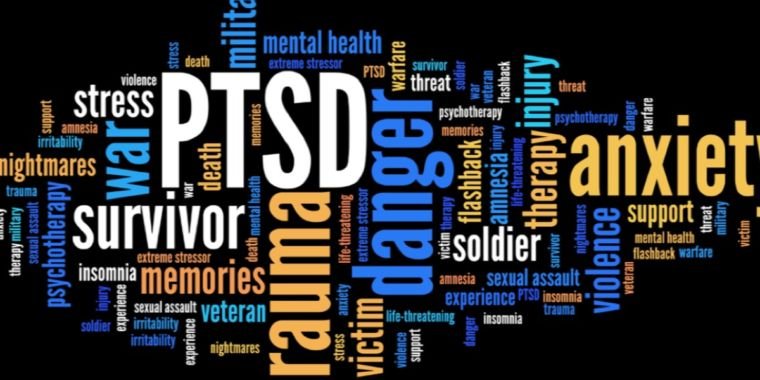 Is it possible to ethically treat someone with post-traumatic stress disorder (PTSD) that developed as a result of inflicting torture on others? That’s the question posed in a paper published last summer in AJOB Neuroscience, but there’s a twist. The paper was written and illustrated as a comic book by Lehigh University artist and neuroscientist Ann E. Fink.

Fink is part of a growing movement called “graphic medicine,” a term coined in 2007 by physician and comics artist Ian Williams to describe the use of comics to improve both the professional and general public discourse on health issues. Comics can be a form of visual rhetoric ideal for medical education and patient care, and proponents include MK Czerwiec, aka “Comic Nurse,” who worked in an HIV hospice at the height of the AIDS epidemic. When the clinic closed in 2000, she struggled to find an outlet to express the bittersweet emotions she was feeling, but she found the comic format was perfect.

“I realized that combining image and text in a sequential way really helped me organize my thoughts,” Czerwiec told the University of Chicago News last year. “It just worked.” Now an artist in residence at Northwestern University’s Feinberg School of Medicine, she has published a graphic non-fiction memoir/oral history, Taking turns: stories from HIV/AIDS Care Unit 371, in 2017. Czerwiec and Williams, along with Michael Green of Penn State University, were among the first to attend what is now an annual international conference on graphic medicine in 2010. They published The Graphic Medicine Manifestoa collection of scientific essays with visual storytelling, in 2015.

Like many in the graphic medicine community, Fink has a longstanding interest in comics, although her early training was in psychology and neuroscience, focusing on the larger social and ethical questions surrounding learning, memory, and mental health. While on a fellowship at the University of Wisconsin-Madison, she met comic book legend Lynda Barry and a group called the Applied Comics Kitchen. Then Fink started using comics to teach subjects in biology and health. “A lot of this is really about centering the personal story, the patient experience, the caregiver experience,” she told Ars. But the AJOB Neuroscience paper is her first academic essay in comic form.

A case study in torture

In the paper, Fink returns in comic form to a bioethical dilemma described by psychiatrist and political philosopher Franz Fanon in his groundbreaking 1961 book, The wretched of the earth† Born on the Caribbean island of Martinique (then a French colony) and educated in France, Fanon described the dehumanizing effects of colonialism on the colonized people in his book, offering numerous case studies he encountered in the last chapter.

The most famous is the story of a white male police inspector in Algeria whose job was to torture prisoners of the colonial government for many hours a day. He would likely have been diagnosed with PTSD today, as the stress of his day job led the man to regularly beat his wife and children at home, including a 20-month-old baby. He sought treatment, Fanon wrote, to address the stress and guilt he felt about torturing people so that he could continue torturing people at work with “total peace of mind” — curbing the impulse to physically kill his own family. to mistreat.

This presented Fanon with an ethical dilemma. The police inspector is both victim and perpetrator: he abuses Algerian prisoners and his family, but he is also a pawn himself and a victim of the greater socio-political pressure and mental trauma suffered at work. So should Fanon treat the man and make him a better torturer so he can spare his wife and children while Algerian civilians continue to suffer? Or should he refuse to treat him and let the family suffer? And was it even possible to treat the man in a meaningful way, if he continued to work in the context of an inherently violent colonial regime?

Fink’s interest in learning and memory — particularly her early experiments with the plasticity of individual neurons in the amygdala region of the brain — sparked an interest in PTSD. “I’ve always wanted to put it in a broader context,” she says. When she read Fanon’s case study of Police Inspector in… The wretched of the earth, the psychiatrist’s ethical dilemma struck a chord. “How do you feel about PTSD as a reducible biological phenomenon in the context of a society that is sick, violent and inhumane?” she said.

“How do you feel about PTSD as a reducible biological phenomenon in the context of a society that is sick, violent and inhumane?”

For Fink, the case is a useful starting point to explore the larger ethical issues surrounding the social dimensions of traumatic stress. She developed a “decision tree” to help clarify the complex ethical issues. “You can think of PTSD as a biological entity, or something that is socially contextualized,” Fink said. “And you can see it as a personal story problem.”

But there are no easy solutions to the dilemma. “I don’t have an answer, and that’s kind of the point,” Fink told Ars. “It wouldn’t be a good ethical dilemma if there was a one-size-fits-all answer. The story shows us what the problems are.” Fanon’s own solution was no solution at all. He quit his job at the hospital and joined the Algerian resistance. “This situation was not sustainable for him in the long run,” she said. “His ultimate conclusion is that you cannot treat PTSD. There is no cure that you can do in this inhumane context.”

The comic trend could spread beyond the health and medicine arena. Last fall, a doctoral student at the University of Iceland created a comic version of the abstract for his dissertation on a famous 13th-century Icelandic saga. The Ljósvetninga saga has multiple versions and science has mostly focused on dating the different versions to determine which is the earliest. But Yoav Tirosh chose to explore how the construction of the saga has constantly changed. His comic summary takes the form of a dialogue, in which a fictionalized version of Tirosh encounters the ghost of one of the central figures of the saga (Guðmundr inn ríki, a gaialso known as a priest or chieftain) in the restroom of a hotel in Reykjavík.

“I found it challenging to try to visually interpret something that is very text-based, such as a dissertation, and it was initially intended to be included in the dissertation itself,” he told Medievalists.net . “However, this would have delayed my submission by at least a month and time is running out, so I decided to do it during my ‘vacation’ after the submission.” It also served as preparation for a greater purpose: Tirosh hopes to one day produce an introduction to Old Norse literature in comic book form.