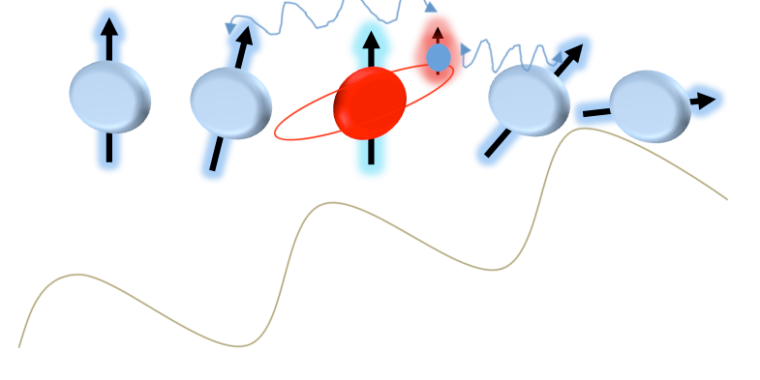 Until recently, the list of materials with which we could build a quantum computer was remarkable, because that list has one major exception: silicon. Silicon is without a doubt a great material. Every semiconductor company in the world knows how to build things with it. Manufacturing processes are so precise that features of as few as 50 atoms are possible.

With these advantages, pretty much every time someone makes a new device, the first comment is, well, that’s very nice and all, but can you do it in CMOS? CMOS is a silicon-based complementary metal oxide semiconductor, the industry standard process. If the answer is no, then industry interest will evaporate faster than spilled vodka, unless the product is world-changing (think light-emitting diodes and laser diodes).

Now, if a recent theoretical paper is correct, silicon-based quantum computing could be about to make the leap from not-even-on-the-list to technology-to-beat, thanks to a smart new way of thinking about qubit structures.

Why does silicon suck?

In silicon, a quantum bit or qubit is often based on a phosphorus atom. The phosphorus atoms are randomly added during the growth of a silicon crystal and these invaders happily replace a silicon atom. But they don’t quite fit, because the phosphor has one too many electrons. That electron hangs out in the gap between atoms. At low temperatures, the electron is confined to that gap and, thanks to the confinement, it behaves as if it were the only electron attached to an atom.

That means you can use a pair of quantum states of the electron as the one and zero values ​​for a qubit. You can use microwave and laser light to manipulate and read out the state of the qubit. If this sounds familiar, it should be, because it is very similar to nitrogen vacancies in diamond. It all sounds pretty handy, so why isn’t it working?

The downfall of silicon is that to make a quantum computer you have to link qubits together. The easiest way to do that is to place a pair of phosphorus atoms fairly close together. Then the two qubits will interact naturally through the fields they produce, plus any external fields we apply.

Unfortunately, the coupling strength between two qubits for phosphorus in silicon varies enormously depending on the relative distance. This isn’t just the natural decrease in coupling force as you move two charges apart (meaning it’s not an inverse square dependence). No, shifting the phosphorus atom by one atomic lattice position (so much less than 1 nm) can change the coupling strength by a factor of 10. Simply put, there is currently no way to ensure that the phosphorus atoms are located accurately enough to build a reliable network of qubits.

However, the phosphorus atom in silicon has another attractive property. It can also store quantum information in its nuclear state. (Again, like nitrogen vacancy centers in diamond.) Nuclear qubits are often thought of as memory. They’re relatively well shielded from the environment, so the qubit can maintain its state over a long period of time — exactly what you want in a memory.

As it turns out, this memory capacity could be the savior of the phosphorus qubit, making silicon-based quantum computing much easier to work with. The researchers behind the new work have proposed using both the electron and nuclear states to encode a single qubit. This, combined with a bit of technical trickery, both protects the qubit from the environment and allows the user to control when qubits talk to each other.

Unfortunately, the explanation is somewhat technical. I wanted to avoid this, but we’ll have to discuss spider. Spin is the intrinsic angular momentum of a particle such as an electron. Whatever we do in physics, the total angular momentum must remain the same. In our qubit, both the electron and the nucleus have spin. The only option we have to change the qubit state is through photons. And photons also have angular momentum.

That means the qubit is isolated from electromagnetic fields. That’s great for preserving its state, but worthless because we can control that state.

To make it work like a real qubit, the researchers need two things: one is a way to manipulate the qubit’s state, and the other is to link it to neighboring qubits. Both can be achieved by applying a strong electric field.

For this to work, the phosphorus atom that forms the basis of the qubit must be close to the surface of the silicon. An electrode is placed on top of the silicon over the phosphorus atom. Applying a voltage pulls the electron away from the atom. By moving the electron closer to the surface, the nucleus and electron create their own electric field in response, called a dipole. This dipole field affects other qubits, provided they also have their own dipole. In fact, the dipole also opens up the qubit so that its state is changed by a burst of microwave radiation.

Wait, you say, that’s still about the absorption or emission of a photon – what happens to angular momentum? Well, the key is that the qubit must absorb and emit a photon (or absorb two photons of opposite angular momentum). The dipole is a small antenna that allows both to happen at the same time. In the absence of a dipole, it is simply not possible to emit or absorb radiation.

Another way to look at it is to say that the qubit absorbs a photon from the microwave field and emits a photon into the applied electric field, resulting in no change in angular momentum.

The big advantage is that the field that the dipole creates is under our control. We literally turn the qubit’s ability to communicate with the outside world on and off. In fact, the dipole is like a small antenna: the power drops off nice and smooth, so the precise placement of the qubit doesn’t matter much.

The researchers think that qubits that are about 150 nm apart could be coupled through this induced dipole. This is really important, because it means there’s enough space between the qubits to put in electrodes and other bits and pieces needed to control the qubit.

At this stage, however, the idea only exists in the minds of the theorists who wrote the article. Nevertheless, the concept seems quite robust and their calculations account for all sorts of imperfections. So I expect that we will see the first experimental results in a few years.