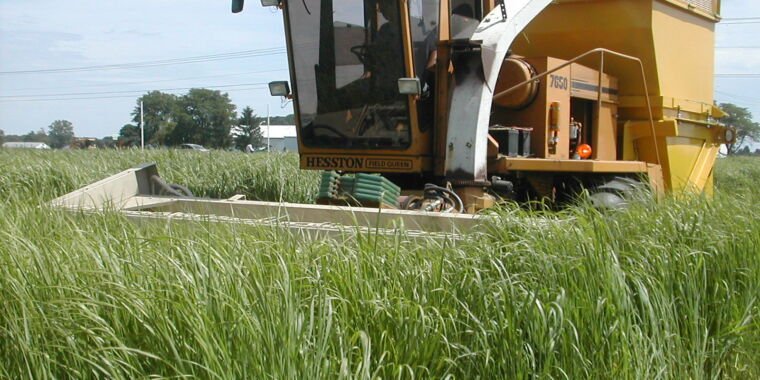 One of the options to help us lower our balance of greenhouse gas emissions faster is to actively use some CO. to delete2 from the atmosphere. The idea is that it can be cheaper and easier to produce CO . to start2 while our energy systems are in transition than to try to make that transition happen quickly enough to meet our climate goals. Obviously there is never a free lunch, and these ideas have attracted a lot of attention for their side effects and feasibility.

Three studies published this week examine some of the problems of negative emissions in detail. The first focuses mainly on BECCS – bioenergy with carbon capture and storage. This is a technically attractive strategy in which crops are grown on biofuels, burned to generate electricity and the CO . to catch2 leaving the outlet of the power plant and emitting CO . save2 somewhere (probably deep underground). Due to the added value of electricity generation, this seems cheaper than many methods that use comparable amounts of CO. can yield2 from the sky. As a result, many emission scenarios that succeed in halting warming at 1.5°C or 2°C depend on massive deployment of BECCS to get there.

The main disadvantage is the potential competition for land with food crops or forests. To get a much clearer picture, the study first set aside the land expected to be used for crops, before working out the global potential for BECCS. The researchers focused on crops such as switchgrass and sugar cane or woody plants such as fast-growing poplar and assumed that all carbon in vegetation present on land converted for this use is initially lost (e.g. burned). They performed the figures for BECCS and for liquid fuels such as biodiesel or ethanol, for which a large part of the resulting CO2 is released rather than imprisoned.

The results emphasize the importance of sweating the details – the results vary considerably by geographic location and methods. Clearing a patch of land for crops can create a large carbon “debt” that must be paid off before your climatic effort achieves anything. The more productive the biofuel crop is in a particular climate zone and soil type, the faster it can pay that debt. This can make the timeframe of the operation – or accounting – look better. Over 80 years, most regions can make a “profit” for carbon sequestration with BECCS. But if you look at the first 30 years, a number of sites may not be able to repay their initial debt.

So if we stick to the suitable sites – and leave cropland untouched – could BECCS provide all the carbon capture needed to make a 1.5C scenario work? Not quite, according to the study’s simulation, although it may come close. However, the effort would be enormous. By 2100, these biofuel crops would occupy 5-16 percent of the Earth’s land area, depending on how quickly our CO2 emissions fell. At that time, BECCS plants would generate more electricity than the current worldwide total†

The second study focused on the production of liquid biofuels for aircraft and shipping, among other things. It focused on an even finer scale, using ecosystem modeling based on several research sites in the eastern US. The goal was to go beyond generic estimates and see exactly where carbon would go in biofuel cropland, taking into account soil processes and the details of the biofuel production process. Could there be instances where that land could have a greater carbon impact if it were simply reforested?

This scenario was based on switchgrass grown for ethanol or biofuel, with a time frame of 70 years and the initial vegetation on converted land that was harvested for energy rather than burned. It also included scenarios for improved switchgrass crops and fuel production processes, as well as the ability to capture the carbon emitted during fuel production.

Unsurprisingly, the study found that using cropland or former grassland produced a much more apparent carbon benefit than converting forest for switchgrass farming. But for cropland and grassland, even current methods had a greater climate benefit than restoring them to grassland. If, on the other hand, the land is suitable for reforestation, that would probably be better than biofuels. However, introduce some improvements in switchgrass yield and biofuel production efficiency, and it surpasses reforestation for climate mitigation. So there is a positive path here in the right circumstances.

The authors write, “While climate and other benefits of ecosystem services cannot be taken for granted through the deployment of cellulosic biofuels, our scenarios illustrate how conventional and carbon-negative biofuel systems can make a robust and distinctive contribution to the climate challenge in the near term.”

The third study looked at an entirely different technology: “direct air capture” (DAC) of CO2 from the ambient air, after which it can be stored underground. As several companies have advanced designs for this process and have even built pilot plants, DAC has entered the realm of the plausible. It has the advantage of concentrating work on a facility’s footprint rather than acres of arable land. So is DAC the whole shot with none of the side effects?

Well, not exactly. It is still relatively expensive, trading voracious land use for voracious energy consumption. The study modeled the consequences of meeting 1.5 °C warming pathways with BECCS and forest expansion to match our CO. comply2 removal needs, and it contrasted that with using direct air capture instead. With things like BECCS allowed to take over cropland, the researchers simulated some pretty extreme increases in commodity crop prices, especially in the South.

Direct air capture does not contribute to that problem, but the water use in the two scenarios is actually similar. And the heat required in the DAC process – supplied by natural gas with the capture of the emitted CO2 in some pilots — equivalent to two-thirds of current natural gas production or more.

But even with the current state of this young technology, the economic model shows that DAC could play a substantial role by providing enough CO. to delete2 up to 7 percent of current emissions are equal by 2035, if we are prepared to go that route.

The authors of this study emphasize a message that applies to all three: “These results highlight that delays in aggressive global mitigation action significantly increase the requirement for DAC to meet climate targets, and accordingly, energy and water impacts.” The sooner we start reducing our emissions, the less there will be a need for these carbon removal techniques, allowing us to minimize the scale of the compromises they entail.