CO₂ benefits of regrowing forests nothing to sniff at | Techilink 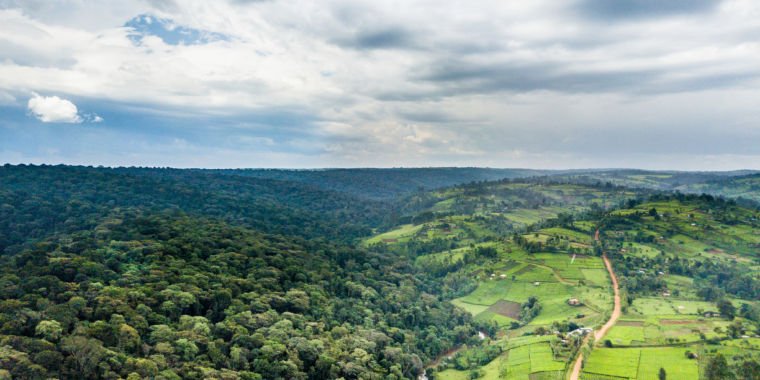 It is a common suggestion that we should just plant trees to soak up CO2 from the atmosphere, but this is not quite the solution it seems. Reforestation would roughly make up for the carbon added to the atmosphere by the atmosphere Past deforestation, but our burning of fossil fuels is another matter.

However, this is not an argument for ignoring reforestation. There is no miracle cure for climate change, and many things, such as reforestation, add up to make meaningful contributions. And reforestation has a host of other benefits, including improving air quality and providing habitats for species.

So how much of a difference could efforts to save and regrow forests – along with preserving other ecosystems – really make? That’s the question posed by a group led by Bronson Griscom, an ecologist at The Nature Conservancy. By including a wide range of possible reforestation actions, Griscom and his colleagues found a greater opportunity than we had previously estimated.

How much forest can we afford?

However, changing those numbers could run into some logistical problems if it disrupts competitive land use. For example, reforestation efforts cannot reclaim so much farmland that we cannot feed the still-growing world population. And, of course, high costs for certain conservation strategies can be prohibitive.

To address the economy, researchers at The Nature Conservancy produce two estimates: one for a world where a weak $10 per ton price has been placed on CO2 emissions, and one with a stronger price of $100. That defines the definition of “cost-effective” for conservation efforts.

Disregarding cost for a moment, they found a colossal theoretical maximum of nearly 24 billion tons of CO2 per year until 2030 that can be prevented from reaching the atmosphere or actively removed from it. At a CO2 emissions price of $100 per ton, just over 11 billion tons of that maximum is cheap enough to save you money by avoiding some of the tax on net emissions. That is no less than 37 percent of the reductions needed to limit warming to no more than 2°C – an international target. (Although after 2030, the contribution would start to decline as the number of remaining conservation opportunities decreases.)

Half of this 11 billion tons of CO per year2 can be achieved by reducing emissions. That includes things like changes in agricultural practices and slowing the ongoing loss of forest and wetlands. The other half would be CO2 absorbed by actual expansion of forests or the build-up of carbon in agricultural lands, for example. About 40 percent of the reforestation would depend on converting land currently used for raising livestock. That could be achieved in part by increasing livestock density per acre of land, but it also requires that average beef consumption fall. Such a shift wouldn’t be huge – only about four percent of grazing land would be converted to forest – but it would represent a change from current trends.

In the less ambitious scenario, in which a price of $10 per ton is settled on CO2 emissions, the CO2 savings fall from 11 billion tons to 4 billion tons per year – still 13 percent of the necessary cuts to keep warming below 2°C.

A selling point for these efforts, the researchers write, is that there’s no need to wait for a new technology to mature. We don’t have to invent anything to stop deforestation or change some agricultural practices. We just have to do it. And while these actions don’t add up to 100 percent of what is needed to limit the magnitude of climate change and its myriad impacts, 13 or 37 percent is a significant portion of the relatively low-hanging fruit.