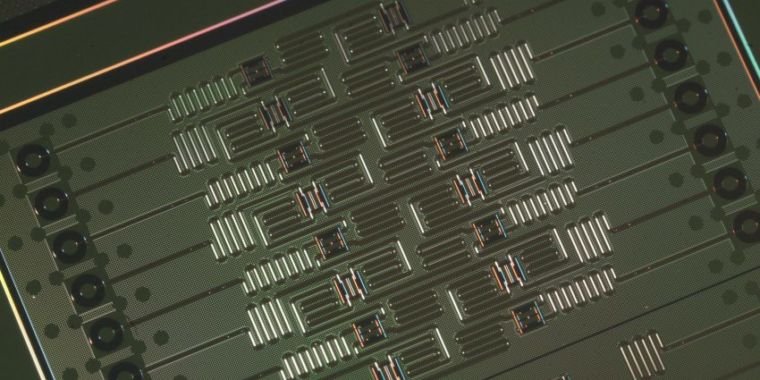 First it was the electron behavior in a hydrogen molecule, then beryllium dihydride joined the club. Now quantum computers have been used to calculate some properties of an atomic nucleus: the deuterium nucleus to be precise.

What we are witnessing are two simultaneous and beneficial processes. The first, which we have covered extensively, is the development and availability of quantum computers. But I haven’t really talked about the second one yet: the development of algorithms.

You see, theorists – the potential users of quantum computers – have a dilemma. Quantum computers are promising. It is very likely that a good quantum computer can calculate the properties of, for example, molecules and atomic nuclei much more efficiently than a classical computer. Unfortunately, the current generation of quantum computers, especially those that the average theorist can access, is rather limited. This presents the theorists with a challenge: can they make calculations less laborious so that they can be performed on currently available hardware?

The nucleus is a scary place for people like me, who prefer the softer world of whole atoms and molecules. A nucleus consists of protons and neutrons bound together by the strong force. The range of the strong force is so short that protons and neutrons should basically be within a few femtometers (10-15m) from each other before they stay together. Despite this, the core has structure.

Imagine a deuterium nucleus: it has only one proton and one neutron. However, the two are not stuck together like old leftovers in the back of your fridge. It’s more like they are attached via a rubber band and vibrate around each other. With a little energy (via an X-ray or a gamma radiation) the vibrations become faster. The bond that holds the proton and neutron together can also break, like an overworked rubber band, causing the nucleus to fly apart. A sufficiently energetic gamma radiation can cause this.

What we would like to know is how much energy it takes to move from one vibrational state to the next. We want to know at what energy the nucleus disintegrates. We would also like to know the minimum energy of the nucleus.

The problem with calculating these properties is that it takes a lot of resources. The energy landscape – the rubber band that holds the neutron and proton together – is a sum of possibly an infinite number of terms. The number of states we can investigate for the two nucleons is limited only by the length of the sum used to calculate the energy landscape.

As a result, even a small calculation requires many qubits.

However, there is a second consideration when it comes to quantum calculations: how many and what type of operations do you need to perform to complete the calculation? It’s not just a matter of a limited number of qubits; over time they lose their ability to hold quantum information, and the amount of time this takes depends on the hardware being used. All algorithms must work within this constraint, which is often considered in terms of what is called computational depth (or volume).

To reduce the number of operations, the researchers noted that many two-qubit operations can be replaced with one-qubit operations. To understand how, it helps to think of a qubit as an arrow pointing to a location on a sphere – we don’t know which direction the arrow is pointing, just that it has a probable value.

However, qubits are not perfect. This essentially means that the arrow has no precise direction; there is a margin of error in his direction. For a one-qubit operation, this is not so bad. The operations we perform when rotating are fairly accurate, so the error doesn’t grow too fast. But for operations with two qubits, the error grows faster because the error in the control qubit is copied to the target qubit. Thus, by reducing the number of qubits involved in each operation, a quantum computer can perform longer calculations.

And that’s what the researchers did. They reduced the computation of nucleon energy levels to mostly single-qubit operations, with only a few two-qubit operations. Based on this, they were able to calculate the ground state energy and estimate the binding energy (the energy needed to break the nucleus) for a deuterium nucleus.

As with all quantum calculations, the results are statistical in nature, so the researchers have to run the calculation many times and take the average result. In this case, the researchers leveraged two quantum computers — the IBM QX5 and the Rigetti 19Q — through their publicly available cloud computing APIs. This limited the number of calculations they could perform. Despite this, they achieved results within a few percent of the experimental values.

The calculation itself is nothing special. This particular core has long been solvable with classical computers. The goal was to develop ways to fit calculations on small quantum computers. And this is important, because while many companies and research labs are developing quantum computers with more qubits, they don’t increase the number of operations we can do before a big error occurs on the qubit. That means all those new qubits should be used to correct errors instead of doing calculations.

This does not mean that quantum computers are indefinitely limited to a low number of qubits or a low number of logical operations. Instead, you should see this as accepting that progress may be slow, and we’re figuring out how to use what we already have as quickly as possible.