Climate change is drying up the Colorado River | Techilink 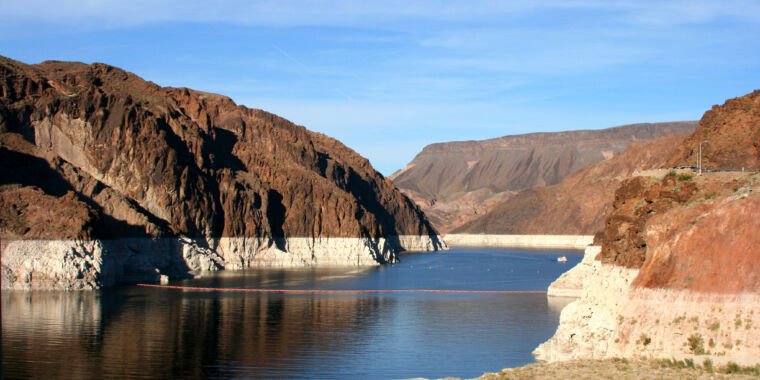 In 2014, the Colorado River reached the ocean for the first time in 16 years. Most years the river doesn’t get that far because it’s dammed and diverted along the way, providing freshwater for about 40 million people and supporting agriculture and economic activity in the arid southwestern United States.

As climate change disrupts historical patterns of rainfall and temperature, the Colorado River is not doing well and is even increasingly unlikely to reach the sea again. An article published this week in Science reports that the river’s flow has declined by an alarming 9.3 percent for every 1°C of warming — and falling snow levels are the main culprit for this dramatic drop.

For a resource as critically and carefully managed as the Colorado River, precision is key. Just knowing it’s declining in response to climate change isn’t enough; more important is knowing How much that decline will likely be.

But figuring out how much a river’s flow is likely to decrease is no easy task. Climate change changes all sorts of variables, from the actual air temperature to how much precipitation falls and whether it falls as snow or rain. Because these factors all blend together, researchers came up with different estimates for how rivers around the world will change in the face of warming. These discrepancies, write US Geological Survey researchers P. Chris Milly and Krista Dunne, lead to an enormous amount of uncertainty for our understanding of how water shortages will affect “human livelihoods, economic activity and ecosystem health.”

To better understand how warming is impacting the Colorado River, Milly and Dunne first looked back. They used historical data dating back to 1912 to build a computer simulation of the river, dividing its massive length into hundreds of sub-areas with unique features, such as different topographies and rainfall.

The simulation allowed them to figure out how different climate factors affected the flow of the river. In particular, they hit on one factor that played a major role: reduced snow cover, leading to more evaporation. Less snow means more dark ground is exposed and absorbs heat, rather than being covered in white stuff that reflects light. The warmer soil means higher evaporation and therefore less water in the river.

Snow cover is a “protective shield,” Milly and Dunne write. And that shield is slowly being lost.

What does this mean for the future of the river and the people who depend on it? To find out, Milly and Dunne looked at a series of climate models that predict how global temperatures will change in the future, using scenarios that depend on how well we’re doing at cutting emissions.

In a “business as usual” scenario, their model predicted that the river’s water level would fall by 19 to 31 percent by 2065. In a more optimistic scenario, the model predicted a drop of 14 to 26 percent. Even if more water falls as rain rather than snow, it’s unlikely to be enough to counter this decline, the researchers note.

Scientists are struggling to agree on an explanation for why the Colorado River has declined so sharply, said Keith Musselman, a hydrologist not involved in this study. The progress of this article in figuring out the reasons for that decline is significant, he says. Simulations like this always have a degree of uncertainty, but the study is an “excellent example” of how they can be used alongside real-world data to better understand our water systems and how sensitive they are to change. says Musselman.

Despite mountain snow’s critical role in supporting agriculture and life in the arid western United States, Musselman adds, we don’t understand nearly enough of it. Paying more attention to snow, and how it relates to our rivers, groundwater and reservoirs, is “critical to understanding society’s vulnerability to climate change.”