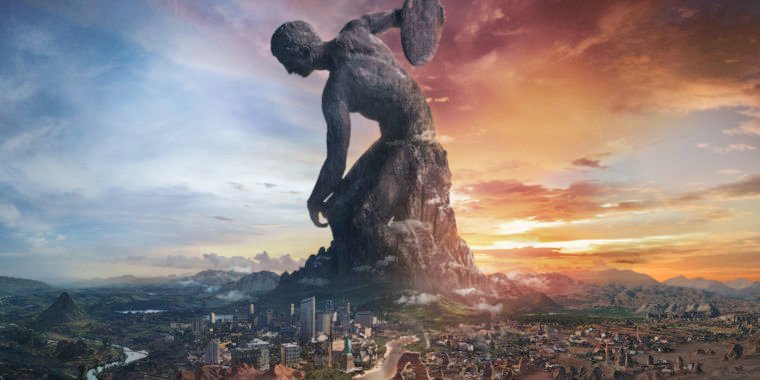 A new extension for civilization VIcalled Civilization VI: Rise and Fall, was announced today. The expansion seems to shake up the flow of the game immensely with era modifiers that will force you to change your strategy out of fear of losing your cities, or out of ambition to conquer others. Its main feature is the addition of ‘Golden Ages’, ‘Dark Ages’ and ‘Heroic Ages’ – macro events that apply each civilization’s ever-changing fortune, achievements and momentum to a battle for territory and cultural influence.

The expansion also adds governors, a vastly expanded alliance system, cities that switch peacefully between civilizations, and a “Historic Moments” system that gives players special milestones that affect the results. Players can respond to “emergencies”, allowing the civilizations at the bottom to pool their resources to gain benefits that help them get closer to the top players. And of course expect new civilizations and leaders.

The historical moments, city flipping and ages all play into each other. You may remember Golden Ages from the past Civilization titles; usually they were short-term boosts to your civilization’s luck or output that lasted a few turns. This time, they last an entire era (ancient, medieval, and so on), and they affect a resource called loyalty. Loyalty lets you flip the cities of other civilizations without firing a shot – just like culture slips in, say, Civilization IV– or yours has flipped away from you.

In Golden Ages, your loyalty is increased and your cultural influence on other civilizations is powerful. In Dark Ages it has decreased and you are vulnerable. But even in a dark age there is hope; you can use special Dark Age policies to eventually make your way to a Heroic Age, which is even better than a Golden Age.

Historical moments are already in play in a sense – they include events such as a trip around the world. But now there are more of them, and they’re not just fun milestones. As you collect historical moments, you progress towards a future Golden Age. They are also added to your timeline, a new view that allows you to see your progress to this day. Video game company Firaxis says this timeline view is, among other things, to help you get your bearings when you return to a game you left behind for a while.

Firaxis has released a few screenshots that may indicate some minor additions to the game. Naturally, Civilization isn’t particularly visual as video games go, but see if you can discover new things below.

diplomacy in civilization VI has always felt a little anemic, but at least one aspect of the art of international relations is getting a boost: alliances. Now, as in some previous games, there are different types of alliances such as research, cultural, economic, military and religious. As your bonds with your ally grow closer, both of you will receive additional bonuses over time, making the prospect of breaking the alliance more and more difficult. That means there are more consequences for betrayal than just war fatigue.

At first glance, governors look like the leaders of Master of Orion II and other games. Each governor has unique bonuses and you can assign them to manage a specific city. But you can also upgrade them in skill trees unique to each governor. You have to make choices whether to invest all your upgrades in one governor, say the governor of your massive capital, or split upgrades across multiple governors stationed throughout your civilization (you can go up to seven).

Finally, Firaxis says it adds new civilizations and leaders. It hasn’t mentioned any specific names, but they will be revealed in the coming weeks. The studio says in its announcement blog that it is especially interested in adding more female leaders to the game. “Women are often underrepresented in traditional historical accounts, and recent science has increasingly revealed the fascinating and powerful women who lived between the lines of history books,” the post says.

This seems to be civilization VI‘s Civilization V: Brave New World Equivalent – a robust expansion that adds major new systems that will change the way the game is played, not just a few new civilizations or tweaks to existing ideas. It goes on civilization VI‘s approach to classic series ideas (such as Golden Ages or culture turnaround) and remixing them in very different configurations for players who have been doing the same thing for 27 years. Of course, there’s something comforting about the same old march to victory you’ve been playing for decades. Finding that balance can be a challenge.

We’ll find out how good that balance is when Civilization VI: Rise and Fall will be released on February 8. Here’s the cinematic trailer, which unfortunately doesn’t go into details about the gameplay.