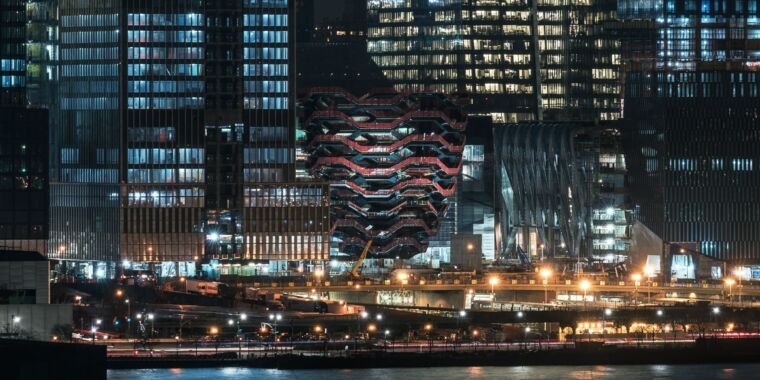 Boston’s plans to harden its waterfront against the dangers of climate change — storm surge, flooding and sea level rise — appear to be an overall win. The only way to keep a higher, more turbulent Atlantic Ocean off South Boston and Charlestown is to create parks, bike paths, gardens, and landscaped berms overlooking the water. These are all things that make a greener, more walkable, liveable city. If this is adaptation to a warmer world, bring it on.

Except that geographers and community activists are increasingly concerned about how cities choose which improvements to build and where. They find that when poorer neighborhoods get water-absorbing greenery, storm surge-resistant sea walls and elevated buildings, they suddenly aren’t so poor anymore. The people who lived there – who would bear the brunt of whatever disasters a changing climate will bring – are being displaced in favor of new homes built to sell at or above market price to those with enough money to not just buy safety, but a beautiful new waterfront. In real estate jargon, “adjustments” are also “facilities” and pursuing those amenities leads to the eviction of poor people and people of color. The phenomenon has a name: green gentrification.

Fighting climate disasters is a good idea for the planet, but can have unintended consequences for neighborhoods. “To build a green, resilient park or shoreline, we’re scrapping lower-income housing…and building higher-income housing behind it or next to it,” said Isabelle Anguelovski, an urban geographer at the Autonomous University of Barcelona who works in the December PNAS co-wrote an article on green gentrification. It could get worse, she says. By hardening one neighborhood so that the water cannot flow inland there, the water goes elsewhere. “The floods and storms are going to the basements of the public housing next door,” she says.

That’s doubly dangerous. And it turns into triple danger, thanks to the economy. New amenities and new luxury housing are pushing up local house prices, driving out the working class and poorer residents. “The question isn’t just what Boston is dealing with, which is middle-class gentrifiers with slightly higher incomes and education. They are super-rich people who eventually take over cities until they can no longer fulfill their direct functions,” says Anguelovski. The wave of gentrification is its own kind of economic apocalypse. When it hits, none of the people who make a city work — teachers, police officers, health workers, bus drivers — can afford to live there. “Or it becomes so important economically, so desirable and paved with infrastructure that entire buildings are left empty – bought by real estate funds or individuals from the Middle East or Russia,” Anguelovski says.

The problem facing cities is the difference between physics and real estate. Climate change occurs on the scale of decades or centuries; real estate development and politics happen on fiscal and electoral terms. “I get it. Green space is great, and while it may not really improve climate adaptation, it’s good for people’s well-being and quality of life,” said Ken Gould, an environmental sociologist at Brooklyn College and co-author of Green Gentrification: Urban Sustainability and the Struggle for Environmental Justice† “Does it sequester a lot of carbon? Not really. It is well. But you have to manage the real estate markets, because markets left to themselves will generate development when you bring in a facility.”

It’s not just Boston. In Philadelphia, Anguelovski and her team studied a program to build flood-fighting infrastructure such as parks, green roofs and curbs to absorb stormwater before it enters sewers. This was also an engine of gentrification. “What you see on the maps is that the areas that have been given the most green, resilient infrastructure are also the areas that have been rehabilitated the most,” Anguelovski says. “And the areas that blacks and Latinos had to move to between 2000 and 2016 were the areas with the least infrastructure.” In Brooklyn’s diverse Sunset Park neighborhood, residents and advocacy groups argue over a repurposing proposal that would benefit green businesses and pave the waterfront. They fear it would also displace the ethnically diverse group of working-class people living there.

Time and again, battles for environmental justice victories lead to environmental victories and miscarriages of justice. “Neighborhood justice organizations are fighting for green space and access to waterfronts, and on the rare occasions when they win, this process is ironically set in motion that destroys the community that fought for it,” Gould said. “These are all ex-industrial waterfronts that lay fallow for 50 years when the land was de-industrialized… Nobody wanted to live on the waterfront because it was smelly, dirty and dangerous, so you put public housing there. And then it is suddenly a view of the water and access to nature.”

The problem is, that can’t be a reason not to build the new infrastructure. Cities – and the people who live in them – need it. As sea levels rise and storms intensify (or pick your own favorite regional climate disaster), cities must build defenses. But a good housing policy must be part of that. “Green gentrification is increasingly being used as a tool to say that we shouldn’t invest in a neighborhood, in these improvements that resource-poor communities deserve,” said Laura Tam, director of sustainability and resilience for urban planning organization SPUR. “The problem is that we don’t have effective housing policies that prevent people from becoming displaced when their neighborhood gets amenities that are important to a neighborhood, including sewage, flood protection and parks.”

It is clear that cities are facing more and more climate-related hazards. It would be malpractice not to prepare for them. “It’s not that hard for a city to make green infrastructure investments in neighborhoods that have historically had little investment, but the housing side has to start,” said Constantine Samaras, an energy and climate researcher at Carnegie Mellon University. “The people who live in these underinvested neighborhoods deserve a neighborhood with cycle paths and greenery. It is up to city policy to ensure that they can stay.” The trick is to build new homes without uprooting people who live in the old stock, so everyone benefits from disaster protection, not just a few wealthy people.

As Anguelovski’s team argued in an article in Proceedings of the National Academies of Science last December, local and state governments and planning agencies should have policies in place that protect against green gentrification. That means developers must build a certain number of affordable housing on site (instead of simply having them contribute money to a fund intended to pay for affordable housing elsewhere in the city), guarantee residents the right to remain and find ways to ensure that existing affordable housing is not converted into market rates at the exact moment when the newly greened neighborhood becomes expensive and desirable. Climate change is going to cause problems for everyone; it only makes sense that the solutions are for everyone too.