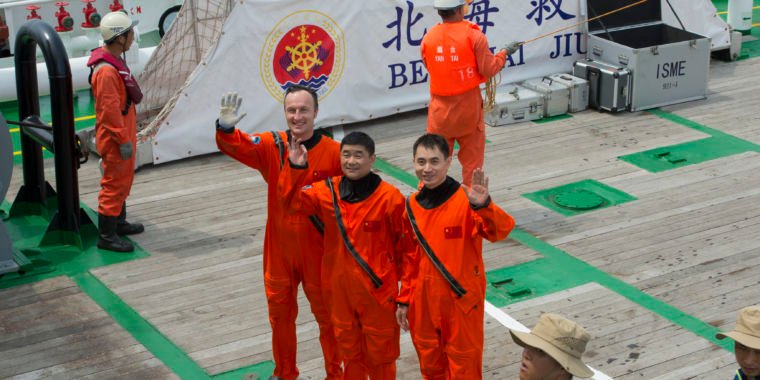 This week, the European and Chinese space agencies held a workshop in Amsterdam to discuss cooperation between Europe and China in lunar science missions. The meeting comes at a time when Europe seems increasingly content to work with China on spaceflight programs.

While the meeting will not be streamed online, space systems designer and lunar exploration enthusiast Angeliki Kapoglou gave some coverage of the meeting via Twitter. One of the most interesting things she’s shared are slides from a presentation by Pei Zhaoyu, deputy director of the China National Space Administration’s Lunar Exploration and Space Program Center.

Very very interesting statement from Pei Zhaoyu of CNSA. “NASA will focus on building the LOPG. CNSA will build the lunar science research station on the surface.” Moreover, according to Pei, the LOPG has low economic effectiveness. #MoonVillage #ESA_ISRU pic.twitter.com/Tbg9SQ4LhZ

In general, Pei doesn’t seem to be a fan of NASA’s plan to build a deep space gateway, formally known as the Lunar Orbital Platform Gateway, in a nearly rectilinear halo orbit. While NASA will focus its activities on this gateway away from the moon, Pei said China will focus on a “scientific research station on the moon.”

Another slide from Pei offered some thoughts on the gateway concept, which NASA plans to build out into the 2020s, delaying a human landing on the moon until the end of the decade at the earliest. Pei seems unsure of the scientific objectives of such a station, and the deputy director concludes that, from a cost-benefit perspective, the gateway “would have lost cost-effectiveness”.

The Trump administration and the US aerospace contractor community have broadly endorsed the gateway concept, claiming it will help NASA prove the technologies it needs for a long-term, sustainable deep-space exploration program. for humans, that eventually landings on the Moon and Mars.

However, some critics have suggested that the gateway will only serve to slow down NASA astronaut activity on the moon. In addition, they are concerned that the gateway, which is in its distant orbit around the moon, is specifically designed to give NASA’s Space Launch System rocket and Orion spacecraft a place to go. (This rocket, with a limited upper stage, and spacecraft, with a meager service module, can’t actually fly into a significant gravity source and return to Earth.)

So far, NASA has yet to finalize commitments with Europe, Russia or other International Space Station partners about contributions to the gateway. While European officials are interested, it appears they are also willing to go with China if that country has a more direct plan to land humans on the moon.