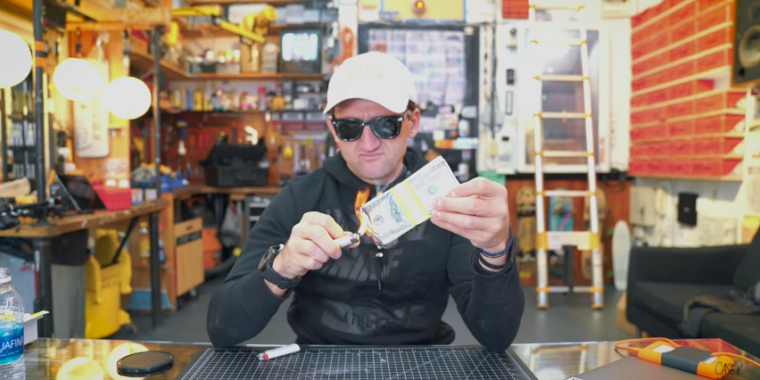 In late 2016, CNN bought the company Beme from YouTube celeb Casey Neistat for a reported $25 million. At the time, plans to integrate Neistat and Beme into the news company were vague, but now things are getting a little clearer thanks to an interview Neistat did with The Hollywood Reporter. According to the interview, Neistat wants to create his own news network and will start creating a new YouTube channel where he will host a daily news show. The channel has yet to be named, but it is slated to launch sometime in March.

“I want to set up a news company. It’s going to be video exclusive,” Neistat told The Hollywood Reporter. “It will be done in a way that penetrates the thick, strong, solid steel bullshit shield that keeps this generation gently between them and anything thrown at them. We want to push that aside by them being candid and by making it something extraordinary transparent.”

This statement builds on Neistat’s comments in a New York Times interview that he believes his YouTube audience, which is largely made up of millennials and young people, doesn’t trust the media in the same way as other generations. He went on to describe a very YouTube-like approach to media and news delivery.

“It’s all about who provides the content,” Neistat said. “If there’s one person you trust and have a relationship with, then you’ll follow that person no matter what he or she shares. We want to make sure that the people we have who deliver the content are the people we turn to audience looks with confidence. we can achieve that and we can deliver information in a square fashion, I think we will go a long way in building a fantastic amount of trust.”

If you’re familiar with YouTube personalities, you’ll know that this idea of ​​trust between viewer and creator is central to creating an online audience. However, there are clear parallels to the way traditional media is consumed: viewers are drawn to news channels they trust and steer clear of those they perceive as unfair. YouTube subscribers similarly come to channels and look at people and personalities they trust and identify with. This is probably what CNN wanted when it bought Neistat’s social video app Beme – while it bought the tech startup, Neistat’s influence is much more valuable. A new YouTube news channel from CNN with Neistat as its host and driving force will no doubt attract thousands, if not millions, of subscribers and viewers from the start.

But like most media outlets, Neistat isn’t completely unbiased. His “Who I’m Voting For President” video, in which he supported Hillary Clinton, divided many of his viewers. As of today, that video has more than 274,000 dislikes, compared to the few thousand that land on his regular videos. It is possible that many viewers of his main YouTube channel will not follow him to this CNN collaborative news channel because of the personal views he shared in that video.

In addition to a YouTube news channel, Neistat also explained that he and his team at CNN are building some sort of tech project for broadcasting “live news feeds” from around the world. “It was compiled by journalists,” he said. “There are 12 different news feeds that are live at the time. These are raw, unfiltered, raw news feeds. Delivering that without context removes the noise. It leaves you with exactly what’s happening.”

While CNN has shut down Neistat’s Beme app, we may see some Beme features integrated into this new project if it eventually becomes a mobile app. Beme previously allowed users to share four seconds of smartphone video clips from their smartphones of what was happening around them, as if the app were a stand-in for the user’s body. Neistat has not disclosed any details about this broadcast project that he and his team are working on, and all we know is that his new YouTube news channel with CNN will launch sometime this month.