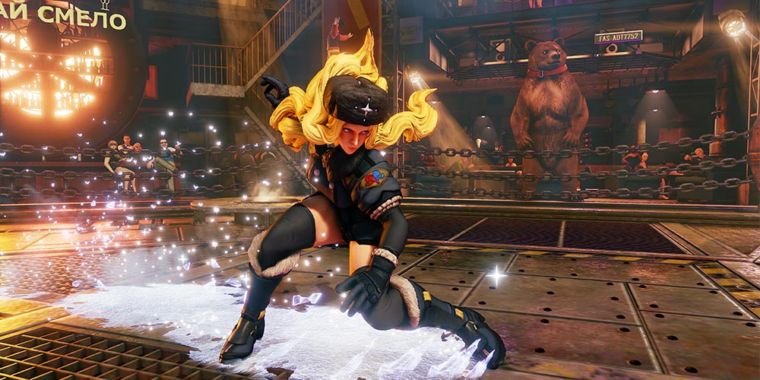 Ars’ review of Street Fighter V in February last year began with this simple statement: “Definitely good, certainly not finished.” Now, 13 months later, Capcom is finally tiptoeing into the full-fledged state of the fighting game as one of the game’s most pivotal elements gets a big reveal next weekend: a full netcode rehaul.

“We understand that Street Fighter V“Server performance has been a sub-optimal experience for many of our players,” a Capcom staffer honestly admitted on Thursday on the company’s official blog. That comment was followed by an announcement of the “Capcom Fighters Network” (basically the game’s underlying matchmaking and connectivity system) getting a complete overhaul — and a week of free money to give money where Capcom’s mouth is.

To prove the upgrades, starting Tuesday, March 28, Capcom will unlock the game’s online modes for everyone in the world as a separate, free download via Steam. If you already own the game, the beta will carry over your current online stats; if you don’t, you start over. Anyway, it’s free for all Windows Steam gamers until the beta closes on Monday, April 3, and all current characters from both SFV seasons are also unlocked for free. The beta will simultaneously test the latest balance adjustments set to reach the official game.

An important change is that matchmaking is ultimately responsible for a player’s tendency to ragequit (as in, forcing the game to stop before accepting a legitimate loss). Previously, ragequitting players were simply marked with an icon as a penalty. Now they are shaken into a wasteland for online matchmaking with their furious peers (as it should be).

Other announced updates include shorter load times between matches, shorter matchmaking wait times, and more detailed stats. The update hasn’t made it clear what kind of netcode fixes we can expect, but PC players will soon get a free weeklong chance to discover it for themselves.