Can we go on the offensive against emerging diseases? | Techilink 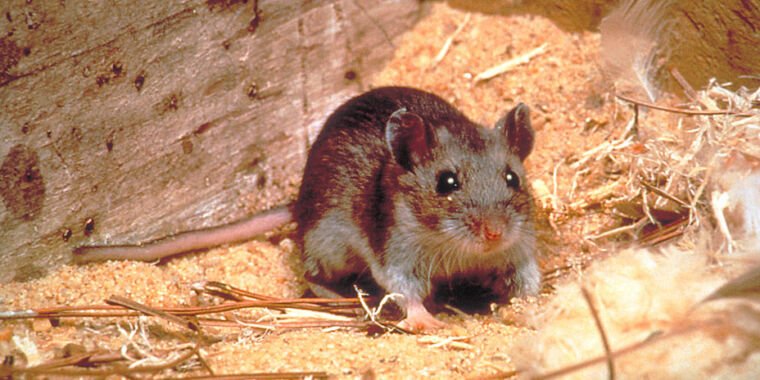 Viruses such as Ebola and the original SARS have highlighted the risks emerging diseases pose to our modern, highly connected society. While the standard approach of isolating the infected and limiting the spread of the disease worked in those cases, it works slowly enough to make many people nervous. But the global spread of Zika and SARS-CoV-2 shows that these approaches have their limits, putting us at risk.

Is there anything else we can do? A perspective from Scott Nuismer and James Bull of the University of Idaho suggests that we now have the tools to go on the offensive against viruses before they are transmitted to humans. The proposal: Treat animal hosts of threatening viruses with virus-based vaccines that can spread through wild populations. While there are many details to work out here, the article explains how to determine if this could be a viable approach.

Threats and their hosts

There are a huge number of hosts who share the virus with our species. These range from known threats, such as the mammals that carry the rabies virus, to our agricultural species that have spanned flu pandemics, as well as newly emerging hazards, such as hantaviruses and coronaviruses, carried by mice and a variety of species, respectively. While there is no real pattern for the species that transmit viruses to humans, successful attempts have been made to identify the hosts from which viruses originate. Nuismer and Bull highlight the PREDICT program, run by the U.S. Agency for International Development, which identified nearly 1,000 previously uncharacterized viruses before the Trump administration ended it in March.

It’s not easy to figure out which of those viruses could pose a threat. But for now, there is a large collection of viruses that we know circulate in animals and pose a threat to humans, so there is no shortage of potential targets. If we actually get a preventive approach to working with them, we can start to worry about potential threats.

So how do you stop a virus that isn’t even infecting us yet? The basic idea is simple: develop a vaccine and give it to the animals that carry the virus. The obvious challenge to this approach is delivering the vaccine to a wildlife population. Not only are these populations often widespread and difficult to access, but many of the animals (such as mice, in the case of hantavirus) have fairly short lifespans.

The solution Nuismer and Bull are considering is to use a virus as a vaccine, specifically one that can spread beyond the population at the initial dose. In other words, the vaccine makes copies of itself and gives the unvaccinated population a chance to get a dose. This basic idea has been explored using epidemiological models, and it would probably work, but it has only received a single, limited test in an animal population so far.

The epidemiological models indicate that this spread can be precisely tailored to the infectivity of the virus used as a vaccine. With a sufficiently high infectivity, the vaccine should spread to all populations of hosts that are not sufficiently isolated. A weaker virus with a lower infectivity may spread once or twice after the first inoculation before dying out. Depending on how well we know and can manipulate the virus used as a vaccine, it may be possible to tailor its properties to the size and distribution of a population, as well as the ease with which we can administer additional doses.

There are two options for doing this. The first would be to start with the virus that we are trying to vaccinate against and generate an attenuated form, often called “weakened.” This approach has been used for some human vaccines. Unfortunately, there have been a number of cases where an attenuated virus has re-developed virulence while circulating in a population. If this were to happen to a virus that poses a threat to humans, it would be possible for our vaccination efforts to inadvertently expand the pool of animals that could transmit it to us. For that reason, Nuismer and Bull do not consider this a viable option.

The alternative is to do one of the things SARS-CoV-2 is trying to do: engineer a gene that codes for a protein of the targeted virus into a harmless virus that can spread through the population. Ideally, since the harmless virus infects new animals, the immune response they generate will target both the proteins of the virus and the protein developed within it, providing immunity against two viruses.

Constructing the gene from another virus into a virus is the least challenging aspect of this approach. It relies entirely on our ability to find or generate harmless viruses that infect the target species. If we use a naturally occurring virus, we run the risk of the target population having a pre-existing immunity to it. We may need to spend time tuning its infectiousness to meet our needs as well. And finally, there is a chance that the protein, which is superfluous for the virus, will be lost after all that.

Of course, if we plan to reintroduce the vaccine on a regular basis, the loss of the protein will not be a major factor. But for something like Ebola, where new outbreaks seem to be emerging in remote areas, this could be more challenging.

Ultimately, the authors recommend a set of basic guidelines: use something based on a harmless virus, make sure it’s species-specific, and make sure it’s designed to limit its spread once it’s placed in a wild population.

What to try first?

So far, the authors indicate that this method has been tried a total of once. A rabbit virus that had evolved naturally into a harmless form was engineered to carry the gene for a protein that would confer immunity against a more dangerous virus that also targeted rabbits. A group of rabbits were vaccinated with this virus before being released on a small island. After some time for the virus to spread, a number of other rabbits were tested, and about half of them were found to be infected. This suggests that the infectivity was high enough that the rabbit population could eventually achieve herd immunity through a single release.

Nuismer and Bull think that this is a good model for testing the approach with a virus that targets people. They suggest something like rabies, which has been studied intensively and has a number of known hosts. Again, they think an island population is a good choice, as it will allow detailed tracing of the spread of the vaccine through the animals. If successful, we can start thinking about using the method in more dispersed populations.

So does it make sense to go on the offensive and start a preventive vaccination program in animals against viruses that might threaten us? The approach recommended here, in which harmless, species-specific viruses are identified and then engineered as vaccines for a dangerous one, involves a significant amount of work. Safety testing in a controlled environment – with involuntary participants such as bats – will greatly increase the effort. At some point, it will become similar to the effort to design a human vaccine instead.

For something that poses a regular health risk like rabies, all this effort may be worth it. But to give a current relevant example, there is a large collection of coronaviruses in bats alone – along with a very large collection of bat species – and bats are not the only species that are the source of a coronavirus that has passed on to infect humans. . Most of these are probably harmless and a lot of work will be needed to determine which ones could pose a threat to us. Can we really expect to protect ourselves from anything relevant there?

It’s an intriguing idea, and once we get a better handle on the threats posed by emerging viruses, the method could prove to be a useful way to neutralize them. For now, while we certainly have the technology to do it, the number of targets it makes sense to chase is small enough that it probably doesn’t seem widely useful.