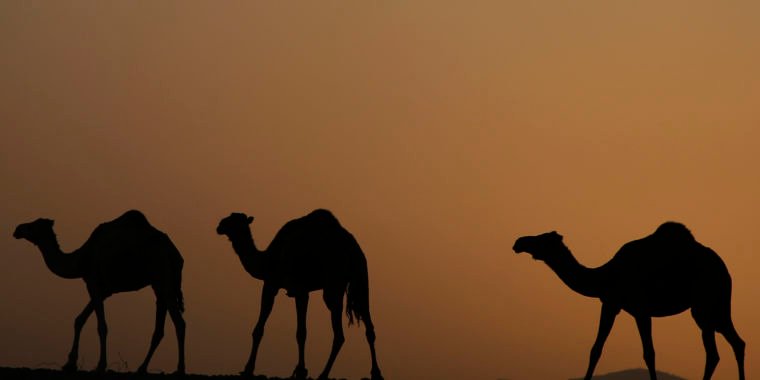 A newly identified form of prion disease may have been quietly spreading in the brains of African camels for decades, according to a report published in the June issue Emerging infectious diseases.

The spread of the new, deadly neurodegenerative disease – similar to the well-known “mad cow disease” caused by misfolded proteins in the brain – is a major concern for communities and public health. There are tens of millions of camels in Africa in a rapidly evolving camel farming system. The animals are crucial sources of meat, milk and transportation for millions of people there. But perhaps most worryingly, prion diseases are known to spread across species, potentially posing a disease risk to consumers.

This “makes it necessary to assess the risk to humans and develop evidence-based policies to control and limit the spread of the disease in animals and minimize human exposure,” conclude the authors of the new report.

The Italian and Algerian researchers behind the report were first made aware of the new prion disease after reports from slaughterhouses described camels with telltale neurological symptoms. These include tremors, aggressiveness (biting and kicking), hyperactivity, marked up and down movements of the head, hesitation and faltering gait, loss of limb control, occasional falls, and difficulty getting up. The researchers confirmed the suspicion after inspecting three camel brains collected from symptomatic animals arriving at a slaughterhouse in Ouargla, Algeria. All three had clear signs of prion deposition and damage.

In general, prions are infectious, malformed versions of the normal prion protein (PRNP), which functions on the outside of healthy cells in the brain. The gnarled versions cause normal prion proteins to deform and malfunction, creating a cascade that leads to telltale clumps of twisted proteins. This leads to progressive damage, characterized by a spongy appearance of brain tissue and behavioral symptoms.

But that wasn’t all researchers saw in their camel samples. They also collected lymph tissue from one of the camels and found that it also showed signs of prion disease. In other types of prion disease, infectious proteins zooming around the lymphatic system suggest that the disease is contagious and jumps from animal to animal. Although they only had lymph tissue from one animal, they found evidence of prion disease in every lymph node they tested, raising concerns that the disease was being spread by another animal.

Looking further at the slaughterhouse data, the researchers found more reports of similarly sick camels. In 2015, 20 out of 937 camels showed the neurological symptoms, while 51 out of 1,322 did in 2016. That suggests a prevalence of about 3 percent. And reports from camel breeders and slaughterhouse workers suggested such cases date back to the 1980s.

Harking back to the 1980s raises some eyebrows related to the timing of a new prion disease epidemic. Prions cause a variety of diseases in other animals, including Creutzfeldt-Jakob disease (a prion disease in humans), scrapie (affecting sheep and goats), and chronic wasting disease (found in mule deer, elk, and reindeer). But the most well-known is bovine spongiform encephalopathy (BSE, also known as mad cow disease). A massive BSE epidemic began in 1986 in the UK, eventually leading health experts to diagnose more than 180,000 cattle with the deadly disease and slaughter millions more in eradication, costing an estimated $7.1 billion in total.

In contrast to the situation with camel prion disease, BSE does not jump easily from animal to animal. Experts instead blamed the spread of the disease on contaminated feed. At that time it was common to grind cow remains into a protein-rich powder and add it to the feed of other cows. If the powder came from cows that were sick with BSE, it could contain infectious prions, regardless of how the feed was treated. Prions are resistant to heat, radiation, enzymes that normally break down proteins, and protein-altering chemicals, such as formaldehyde.

Likewise, humans (and some other animals, such as cats) who ate meat from infected livestock can also get the disease. According to the US Food and Drug Administration, an estimated 231 people worldwide have become ill with a deadly prion disease linked to the consumption of contaminated beef. The use of beef protein in animal feed was banned in the US, UK and elsewhere during the epidemic.

Although molecular data showed that the camels had prions that appeared slightly different from those in BSE, the researchers could not rule out that the camels’ prion disease originated in BSE-contaminated meat from abroad.

For now it’s too early to say. “The Origin of [camel prion disease] is unknown,” they conclude. “It could be a disease unique to dromedaries or a disease resulting from the transmission of a prion disease from another species.” They also note that camels tend to seek out the “widespread” waste dumps in the Sahara, near oil extraction plants. It also cannot be ruled out that they ate prion-contaminated waste, the authors note.

Regardless of its origin, the researchers say the disease requires “urgent” surveillance and further research to reduce risks to humans and animals.