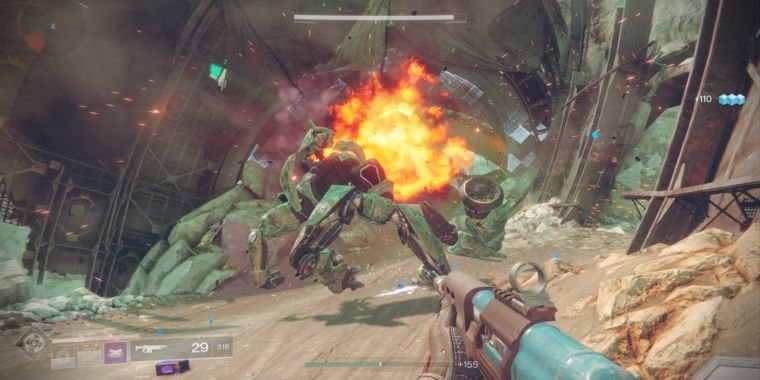 Over Thanksgiving weekend, intrepid player researchers caught Bungie misleading players about how much experience they actually got for repeated in-game quests. In the wake of that embarrassing revelation, Bungie posted a lengthy “State of” last night Lot 2The development notice promises to be “more open” about the game’s systems and provides a detailed roadmap of upcoming changes.

“Our team has been reading feedback and working on updates to improve the game,” Design Director Luke Smith and Game Director Christopher Barrett wrote in the post. “We’ve also read some harsh criticism about our lack of communication, and we agree we need to be more open… We know it’s frustrating when there’s not enough dialogue with the development team. You have our commitment that we will do better in the future.”

Bungie specifically addressed the XP system complaints, explaining that the hidden scaling for repetitive missions was intended to “keep slow activities as rewarding as high-intensity grinding without confusing variations in XP values ​​displayed.” That said, Bungie acknowledged “the quiet nature of the mechanic betrayed the expectation of transparency you have for” Lot 2.”

With the scaling system removed, Bungie also acknowledges that “the newly adjusted 160K XP per level value means that leveling up is too slow for some activities, and we’ve started collecting data and recalibrating XP earn percentages to get them as fast as possible.” possible to improve. possible.”

The full post goes into much more detail about some of the planned improvements to the game, including the expected timing for some features announced in October. Many of these changes focus on the game’s reward system, with an emphasis on more unique and useful rewards for completing in-game challenges. That includes a new class of “Masterworks” weapons that improve upon the current top-tier Legendary weapons with better stats, tooltips, and stat bonuses.

Bungie also promises that private competitive matches in the Crucible are still scheduled for early 2018, and plans to introduce a “give up penalty” system and ranked PVP play around the same time.