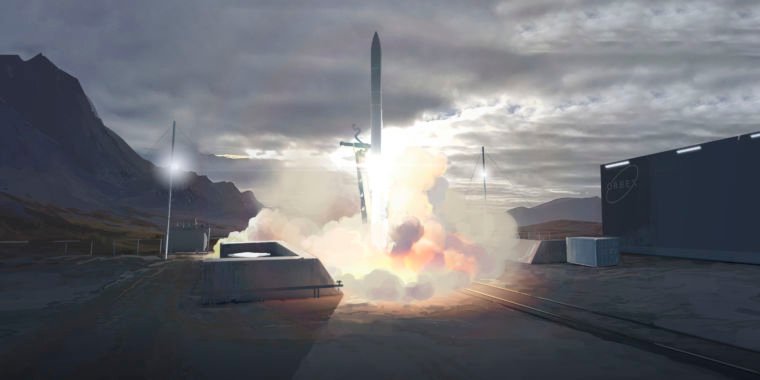 The United Kingdom joins the race to develop low-cost, high-volume rockets for small satellites. Orbex, a UK-based company with subsidiaries and manufacturing facilities in Denmark and Germany, announced Monday that it has raised $40 million from public and private sources to develop what it calls the “Prime” launch vehicle.

The company plans to launch Prime from a new spaceport – also just announced – that will be located in northern Scotland. This facility would be the UK’s first commercial vertical launch site and represents a significant investment in missile infrastructure by the UK government after decades of dormancy.

The company described Prime as “a low-mass, low-carbon launch vehicle,” which will use biopropane as its fuel. That’s why Orbex said Prime is a “green” rocket that cuts carbon emissions by 90 percent compared to commonly used hydrocarbon fuels. During the launch, Orbex claimed that the rocket will use a “new zero-shock staging system called Magic, which will leave no orbital debris behind.” We don’t know exactly what that means, or how it would work, but the goal of reducing orbital debris as more and more satellites are launched is laudable.

The company also said the missile has a “new reusability concept, with an innovative new low mass recovery and relight system.” Again, it didn’t detail how this might work, but it seems telling that Orbex will try to fix its rocket when most small satellite boosters are designed to be single-use items.

“It was clear to us from the outset that Orbex had the potential to disrupt and fundamentally improve the satellite launch market in Europe and beyond,” the statement said. High-Tech Gründerfonds’ senior investment manager, Yann Fiebig, in a press release. “The company has made rapid progress, taking their innovations from concept to reality in a short time. Their very strong management team is to be commended for their ability to execute and we look forward to being a part of their positive disruption over the coming months and years.”

Orbex is targeting 2021 for the Prime vehicle’s first launch, according to a company official.

Also on Monday, the UK announced it will fund Lockheed Martin and Orbex to develop a Scotland-based spaceport.

According to a government press release, the British space agency Lockheed Martin will provide $30 million to build a vertical launch site in Sutherland and develop an orbital maneuvering vehicle to place satellites in orbit. The government will also provide $7 million to Orbex to help develop its Prime rocket.

British officials said Monday they hope their plans for the Scottish spaceport will enable the United Kingdom to become the place from which Europeans want to launch their small satellites. The country has also invested in several spaceports for horizontal launchers, such as Virgin Orbit’s Launcher One, which has a 747 aircraft as its first stage.

Orbex is aiming for 2021 for its maiden flight, and the UK says it is seeking its first orbital launch from Scotland in the early 2020s. It seems likely that Orbex and the UK will have to meet these deadlines if it is to compete with emerging launch sites in New Zealand, Alaska and elsewhere in the increasingly heated race to launch small satellites into space.