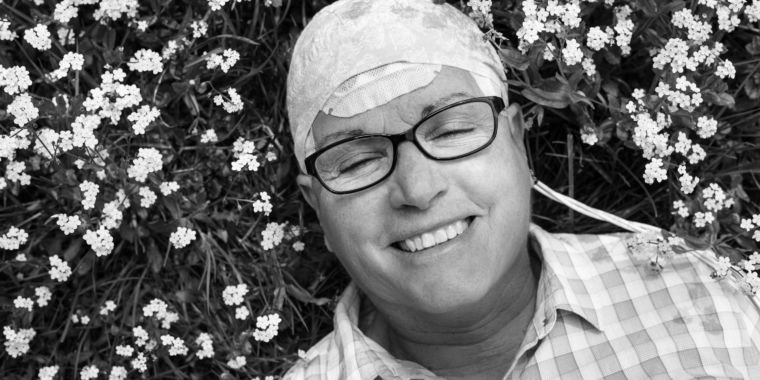 When combined with standard chemotherapy, the cap more than doubled the five-year survival rates of brain cancer patients — from 5 percent to 13 percent — researchers reported Sunday at the annual meeting of the American Association for Cancer Research in Washington, DC. The trial involved 695 patients recently diagnosed with an aggressive form of brain cancer called glioblastoma multiforme.

The modest survival improvement is exciting for such a nasty cancer, researchers said. “Glioblastoma is the deadliest primary central nervous system malignancy in adults,” said Dr. Roger Stupp, professor of neurological surgery at Northwestern, in a press release. “The last time any treatment was shown to improve survival in patients with this disease was more than 10 years ago.”

But it comes with a high price — about $700 a day, the AP reports. Most US insurers cover the limits, which have already been approved by the FDA. The company behind the trial and device, Novocure, is covering those on Medicare, said Novocure CEO Bill Doyle.

The cap, called the Optune, works by sending alternating medium-frequency (200 kHz) electric fields to the brains of cancer patients. The idea is that the electric fields interfere with cell division, preventing cells from properly aligning their chromosomes during a cell division. This disruption, the company says, is deadly to cells. But because cancer cells make up the majority of cells that divide in the brains of adult cancer patients, the treatment is more damaging to tumors than to the brain.

Patients would have to wear the cap for at least 18 hours every day, as well as standard chemotherapy, called temozolomide. The Optune has strips of electrodes connected to a small generator that patients can carry in a bag. The electric fields cause a mild warming, but otherwise they do not disrupt normal daily life. And patients can wear a hat over their futuristic-looking medical caps.

In the five-year Phase III clinical trial – from July 2009 to November 2014 – 466 glioblastoma patients were randomly assigned to try the Optune with their temozolomide treatment, while 229 others took temozolomide alone.

“You can’t argue with them — they’re great results,” Antonio Chiocca, chief of neurosurgery at Brigham and Women’s Hospital in Boston, told the Associated Press. AP. (Chiocca was not involved with Novocure or the Optune.) He added that the effects were unlikely to be due to the placebo effect.

Novocure is working to treat other cancers with the electric fields, including advanced pancreatic cancer.